In addition to unveiling the much-awaited video streaming service at its upcoming special event on March 25th, Apple is also expected to announce a premium news subscription service. New details for what is being referred to as the ‘Apple News Magazine’ service have just been uncovered in the latest iOS and Mac betas (via 9to5Mac). 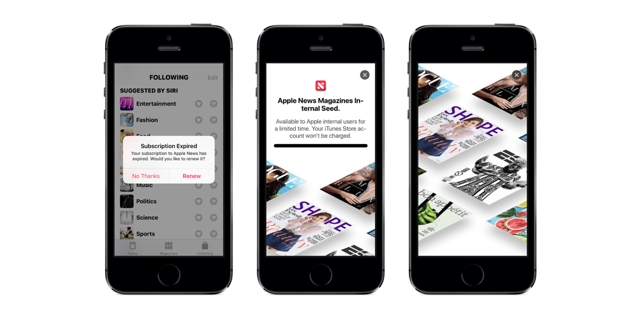 A number of references to Apple’s upcoming magazine subscription service within Apple News have been discovered in iOS 12.2 and macOS 10.14.4 by developer Steve Troughton-Smith.

The developer has found that magazines will be offered in PDF format and will support downloading for offline reading. There will be support for push notifications, both on iOS and Mac, when new issues of magazines become available.

There’s a bunch you can discern about Apple News’ magazines from what’s in the OS betas: for example, the magazines are PDF-based (like most iPad magazines), and issues can be stored offline. The magazine genres are listed as pictured. Most of its code is written in Swift pic.twitter.com/Uc1gN0qygu

The betas have also revealed the different magazine genres that will be included:

It appears that majority of Apple’s technology for the Apple News integration with magazines comes from its acquisition of Texture digital magazine service, which the iPhone maker bought last year as part of its efforts to build out Apple News.