Ahead of the upcoming World Emoji Day on Sunday, July 17th, Emojipedia’s head of emoji design Joshua Jones has created and shared sample designs for all the new emojis up for approval this September.

“This is our eighth year of providing sample emoji designs ahead of their official arrival on emoji keyboards,” notes the source, while adding that while some might not make the cut, “most presented for approval are historically confirmed.”

The Emoji 15.0 draft includes a Shaking Face, two pushing hands, a plain Pink Heart, a Light Blue Heart, a Grey Heart, a Donkey, Jellyfish, a Hair Pick, and a Khanda – the symbol of the Sikh faith (see below). 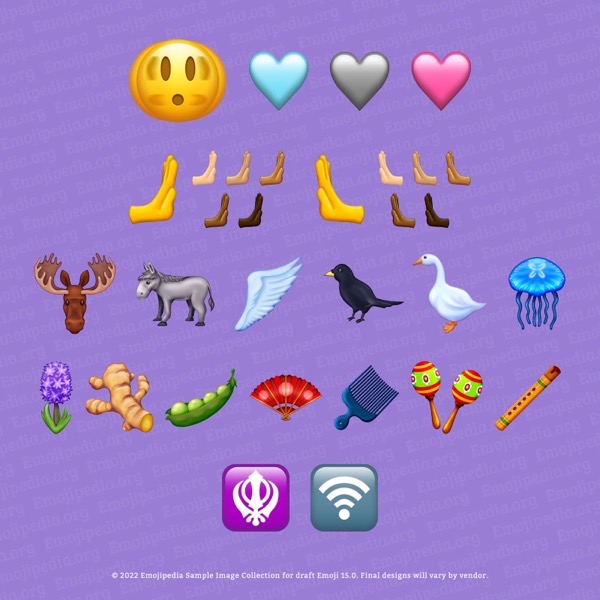 Since this is only a draft emoji list, each emoji is subject to change prior to final approval.

Actual vendor designs will vary from those released by major vendors, and Emojipedia’s own sample images may also be updated when Emoji 15.0 final is released.

However, it is worth noting the majority of draft emoji candidates have ended up included on the final list over the last number of years – including every emoji we previewed from last year’s Emoji 14.0 draft list ahead of World Emoji Day 2021.

What’s in the latest draft emoji list, and when it is scheduled for approval https://t.co/yemIEzDfKi

Let us know which of the draft emojis are you most looking forward to in the comments section below.

[caption id="attachment_365768" align="aligncenter" width="1000"] Image: DuckDuckGo[/caption] Privacy-focused web browser DuckDuckGo has announced that its third-party tracker loading protection will now also work against Microsoft tracking scripts on third-party websites — reports The Verge. Advertising services use trackers to follow users across websites and profile them. These user profiles are then used to serve interest-based and...
Nehal Malik
1 hour ago