Deep within the gestures folder of the new SDK, two new types of gesture commands have been found. The gestures are not currently present in the iPhone 3.1 SDK and are labeled 3Tap.plist and LongPress.plist.

In short, 3Tap.plist means a new 3 tap gesture and LongPress.plist simply indicates a long press gesture command. It is likely that these gestures will show up in the next iPhone firmware 3.2, currently at 3.1.3, or may even debut in a 4.0 release. 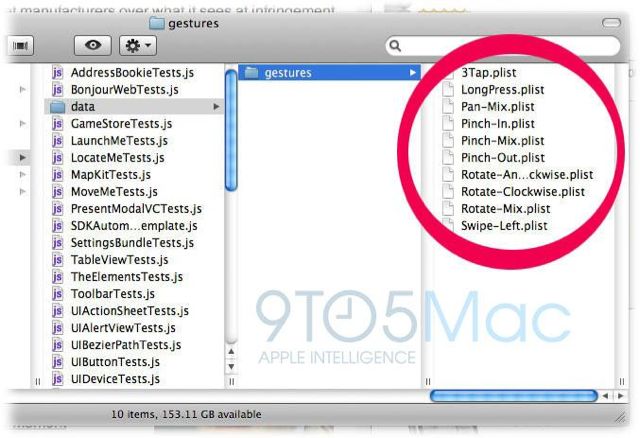 [caption id="attachment_389886" align="aligncenter" width="1200"] Image: LCG Auctions[/caption] A rare, factory-sealed original iPhone from 2007 in mint condition is up for bidding at New Orleans-based LCG Auctions' 2023 Winter Premier Auction, which will run through February 19 at LCGAuctions.com. According to LCG Auctions, the item could ultimately fetch more than $50,000 USD. The same auction house...
Nehal Malik
17 mins ago