Last week, Apple unveiled the 5th-generation iPad Air, powered by the M1 chip, at its ‘Peek Performance’ event. The 2022 iPad Air is only the second iPad ever to come with an M1 chip, following in the footsteps of last year’s iPad Pro. 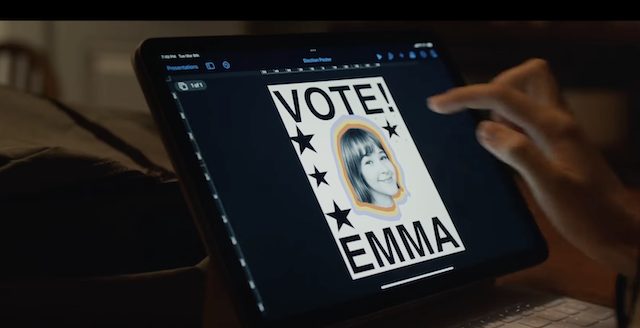 “Whether it’s a college student taking elaborate notes, a content creator working on their latest project, or a gamer playing graphics-intensive titles, users love iPad Air for its amazing performance and versatility in such a portable design,” says Apple.

Today, Apple has published a new ad for the iPad Air 5 titled ‘Election’ which is now available on its YouTube channel. Check it out below and share your thoughts with us in the comments section.