Just as we reported that Apple is expected to announce a trio of new iPad Pro models as early as next week, mobile marketing firm Fiksu is now said to have spotted a number of new iPad models being tested in Cupertino and nearby locations, according to TechCrunch. Fiksu’s raw data, which is showing four different iPad models, comes from its tracking and attribution SDK, which is used by thousands of mobile apps. 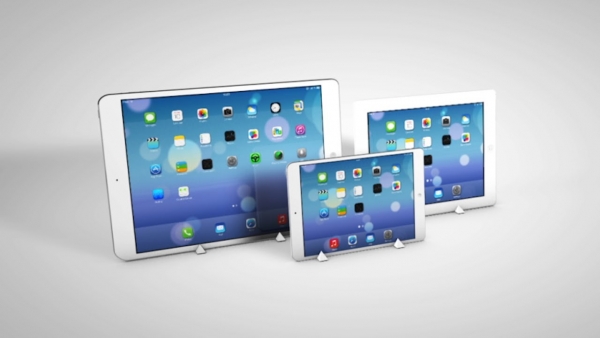 The firm says that it saw the same number of devices tested before the release of the last two iPad Pros, which means we could potentially see anywhere from two to four new iPads soon hitting the market. Fiksu says that as part of Apple’s testing process, it installs a variety of apps from popular ones to the more obscure, which inevitably ends up including some apps that include its tracking.

There are only a handful of these devices appearing in its logs, Fiksu found. (See chart below)

The source notes that all the usage is from the greater San Francisco Bay area, including Cupertino and nearby locations. The usage was also spread across a range of generally popular apps, like games, music, real estate and weather applications.

Google today officially announced its wired, second-generation Nest Doorbell. The company was originally expected to unveil a slew of new Nest devices at its Pixel launch event on Thursday, October 6. However, the wired Nest Doorbell leaked on Monday and reports indicated it would go on sale before Thursday's event. https://youtu.be/N_xfwAm79iY Google's new Nest Doorbell...
Nehal Malik
27 mins ago