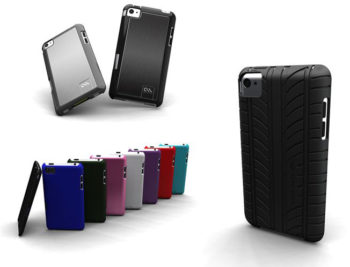 According to the NYT, the iPhone 5 is just weeks away, according to an anonymous Apple employee:

We’re just weeks away from the announcement of the new Apple iPhone 5, according to an Apple employee who asked not to be named because he was not allowed to speak publicly for the company.

Earlier today, Case-Mate apparently leaked iPhone 5 cases. Case-Mate’s public relations had this to say to iPhoneinCanada.ca when we contacted them:

At this time, Case-Mate is not commenting on this matter

An engineer ‘familiar’ with the next generation iPhone says both internally and externally, the new device will be different from the iPhone 4. These specs are much aligned with what’s been rumoured:

Bilton also refers his earlier scoop from March involving two other sources with knowledge of next-generation iPhone 5/iPhone 6 internals. They mentioned new there will be new processor made by Qualcomm to include NFC, for mobile payments that will be automatically linked to Apple’s 200 million plus iTunes accounts.