A couple of students from University of New Brunswick have developed a new iPhone app which alerts the municipal officials of potholes in Fredericton and other cities of Canada, reports CBC. The developers of the app namely Coady and Drew Cameron who are fourth year engineering students and have created the app with their friend Mark Feero, believe that their Totalpave app should be ready for launch in 2013 and could save cities tens of thousands of dollars. The app supposedly uses GPS and a motion detector to send information about a bad pothole straight to city hall. 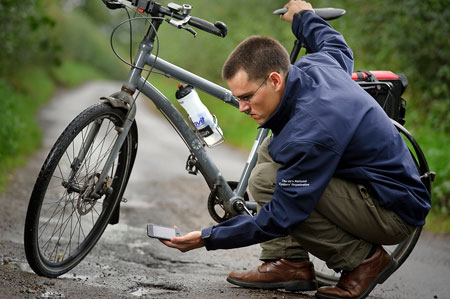 “The way we plan on doing this is using an iPhone…to calculate the measurement between bumps and valleys in a roadway,” Drew Cameron said.

The application will isolate the point in a road that is degrading.

The app has been under development for six months, and it’s a good fit for the brothers.

“I’ve just been learning about this kind of stuff in school and the standard way that they collect this data, it just seems so similar to technology available with smartphones today.”