So yesterday Apple officially announced the dates for its annual Worldwide Developers Conference 2009. This massive conference that will allow developers to meet over 1000 Apple engineers at their disposal. When all these people gather in San Francisco for an Apple conference, special things might happen.

Will Apple Make this the Best Summer “Ever” for iPhone Users?

Rumors have been rampant that a new iPhone is imminent this summer. AT&T executives have apparently leaked details of the next iPhone. Fido has discontinued their stock of 16GB iPhone 3Gs. There has been talk of an iPhone with “faster internet” and video recording capabilities. 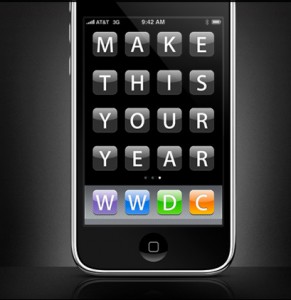 The iPhone Could Use A Faster CPU and Better Battery Life

With iPhone OS 3.0 coming our way, we’ve seen what the next firmware revision will offer us. I think Apple does have some more 3.0 features that they haven’t told us about, but will be announced with the next generation of the iPhone.

I think the iPhone’s processing power will need to be juiced up if we do end up getting background applications (to compete with the Palm Pre) and don’t forget a more powerful batter–one of my major gripes with the iPhone.

If the next iPhone will be released, I can’t think of a better time aside from WWDC 2009 to introduce it. The massive influx of media and tech journalists will continue to push the Apple PR machine. 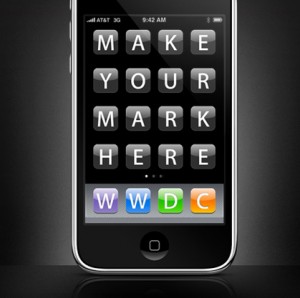 Will We Experience This All Over Again?

Just think back to MacWorld 2007, when Apple dropped the bombshell on us called the iPhone. Remember this video? Watching it again gets me all teared up, again and again. 😉

Now, if you believe in history repeating itself, last year’s WWDC 2008 introduced the iPhone 3G (Canadians were very happy on this day). Could the iPhone’s third birthday bring yet another iPhone? Possible a Nano or netbook of some kind? More important, will Steve Jobs resurrect himself to make these new product announcements?

Airbnb on Tuesday announced the introduction of new anti-party tools in Canada and the U.S. to help prevent unauthorized parties by identifying and declining potentially high-risk reservations. This system looks at factors like history of positive reviews (or lack of positive reviews), length of time the guest has been on Airbnb, length of the trip,...
Nehal Malik
16 hours ago