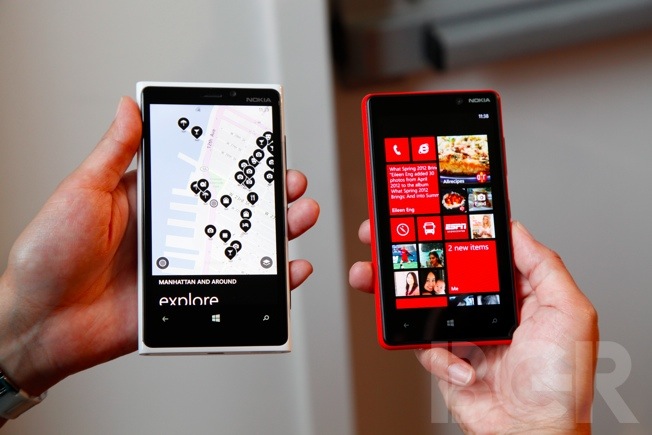 Nokia Executive, Jo Harlow, introduced two new Nokia smartphones earlier today in New York. As part of the smartphone launch frenzy, Nokia unveiled its Lumia 820 and 920 just a week from the iPhone event. But when it comes to choosing a phone that can be hard unless you’re an Apple fan boy of-coarse.

On the table we have three smartphones, the two Nokias and the un-released New iPhone. I will put these three phones in the battle-zone and provide my best buyer suggestion.

The design job Nokia gave the Lumia 820 is absolutely stunning. The display is 4.3 inches tall with a 800 x 480 pixel resolution. The outer-shell design job is nearly the same as its sister, the 920. Interchangeable colored back shells are provided so your phone is always looking fresh. You may want to rock green today, but tomorrow you want yellow.

Snap a family memory with the 8-megapixel camera or even a video with the 1080p 30fps video capture function. You won’t even have to worry about memory, the 820 has 8 GB of mass memory with microSD card support. Oh, and we can’t forget the VGA front-facing camera for video conferencing.

Inside, the system is run by a 1.5GHz Dual Core Snapdragon S4 CPU and 1 GB of RAM. When it comes to charging, wireless charging is compatible with a few accessory companies’ products, such as ‘Fatboy Recharge Pillow’ and ‘JBL.’ The battery on-board holds 1650 mAh. 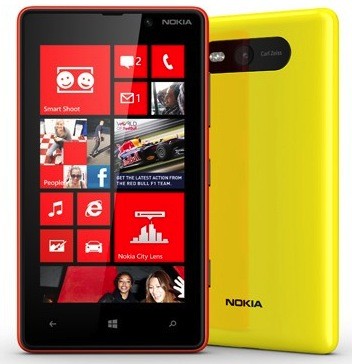 The Lumia 920 is actually an upgrade from the 820. The display is first-off 0.2 inches larger, coming in a 4.5 inches tall. The larger battery packs 2000mAh, also including wireless charging capabilities.

The back-facing camera is slightly enhanced, taking pictures in 8.7 megapixels with optical imaging stabilization and Carl Zeiss optics. The front-facing camera even received an update, at 1.2 megapixels it can shoot 720p video.

If you are looking for a speed enhancement from the 820, you won’t be pleased with the 920. The exact same 1.5 GHZ processor and 1 GB of RAM is packed internally. On the positive side, 32 GB of mass memory is provided.

I know the New iPhone is awaiting its announcement next week, but using previously rumored data, I will provide the best possible purchasing decision.

With the New iPhone, you could first expect the device’s screen to be 4-inches tall. Consumers will have a choice of either black or white at the time of purchase. The outer-casing design will match the iPhone 4S, only featuring a unique two-toned back-plate design.

The installed camera may remain at 8-megapixels, or receive a slight jump to 10-megapixels. At the very minimum 1080p video shooting will remain intact.

With just 512 MB of RAM on-board the iPhone 4S, it’s safe to say the New iPhone will make the jump to 1 GB RAM with this upgrade. The processor may only be an enhanced A5 dual-core, unless these leaked A6 processor photos are genuine. With storage, you have many options, 16, 32, and 64 GB.

The screen resolution is actually stunning, at 640 x 1336 the display would pack around 330 pixels-per-inch. The battery may be a-bit of a disappoint though, some leaked shots have shown a minimum upgrade from the iPhone 4S.

It all comes down to the New iPhone vs the Nokia Lumia 920. The outer-shell design of the Lumia 920 tops the New iPhone design in my books. When you dig down into the internals, I give the New iPhone the crown. With 1 GB of RAM and a dual-core A5 processing, the 1.5GHz Dual Core Snapdragon is an easy defeat (especially if Apple packs the A6). I also like the ability to purchase my phone with a wide range of choice in storage; Apple suits my needs with three different choices.

The operating systems include iOS 6 and Windows 8. After viewing Windows 8, I have figured the Windows app-store has bare minimum choice compared to iOS. I’m also not a huge fan of the tile-blocks, I would rather see a simple icon on my home screen.

Finally, the New iPhone is handed the crown. The Lumia 820/920 is a great phone, but the New iPhone really has many advantages. Which phone would you buy?