With all the iPad hoopla that’s currently overwhelming the Internet, the iPhone has been neglected like a little brother/sister. Not so fast about leaving the iPhone behind, because some interesting news has popped up in the iPad filesystem.

According to Boy Genius Report, their sources have discovered some file names for two new iPhones and a new iPod Touch. We previously reported rumours about new iPhones coming via a Wall Street Journal report. Could this info corroborate with that WSJ article?

As per the BGR:

References to two new iPhones, a new iPod, and the next iPad have reportedly been found in the iPad filesystem.

The first two, iPhones, the second is an iPod touch, and the last? A major revision to the Apple iPad. As if things couldnâ€™t get more excitingâ€¦ 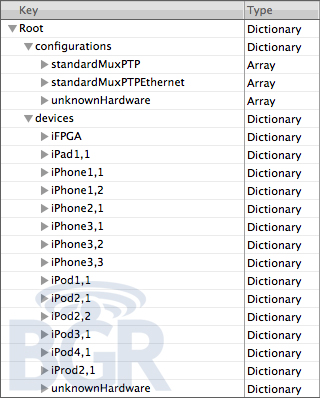 What do you think? Are new iPhones heading our way? I wonder what they’ll include…