Apple acknowledged iTunes users who claimed that the software deleted their music files in a statement last week, and released iTunes 12.4 update a couple of days later which introduced a simpler design, easier navigation, a media picker, and some other new design features. However, TechCrunch has today pointed out that the new version also includes a fix which aims to address the music deletion bug reported by many iTunes users. 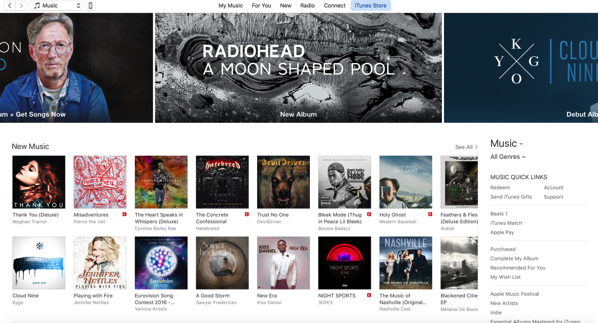 The source notes that while iTunes version 12.4 aims to correct this problem, Apple has not been able to cause music deletions to happen in internal testing. “Without being able to reproduce the problem, it’s unclear at this time if the fix being shipped will actually solve this issue for good”. It is also not yet clear whether the issue is tied to Apple Music’s subscription service or if it affects regular iTunes users as well. Apple has also not yet released any documentation detailing the fix.

“The lack of documentation also hints that Apple believes this is a very minor issue affecting very few users, as its statement indicates. One of those users is James Pinkstone, who received personal attention from Apple engineers over the weekend related to his music deletion problem, we understand. Apple knows of very few live cases that are like James’, as most music deletion issues are things that can be attributed to other causes and resolved with help from Apple’s tech support”.

You can read all about James Pinkstone’s music deletion story at this link.