If you have been considering buying a Kindle from Amazon, now may be the time. The company announced an all-new Kindle Paperwhite today, which now offers a display with double the resolution compared to before at 300 pixels-per-inch (that’s higher than Apple’s iPad Air and iPad Air 2 at 264 PPI), while staying at the same $139 CAD price for the front-lit e-reader. 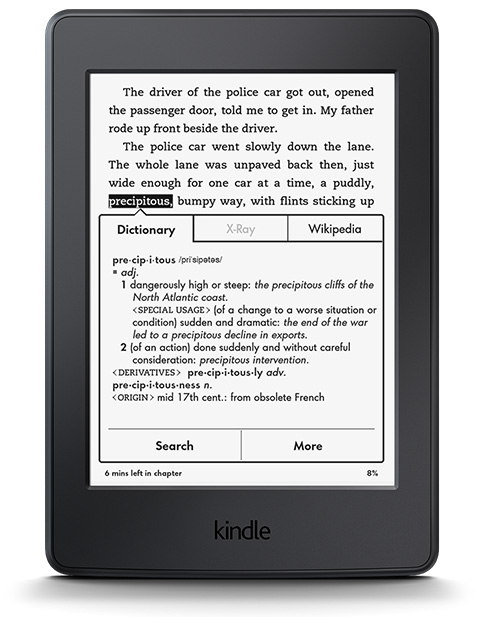 Also new is the company’s exclusive Bookerly font, “hand-crafted from the ground up for faster reading with less eyestrain,” to go well with the new display that offers “laser quality text,” offering the highest resolution of any e-reader on the market.

“We love inventing for readers,” said Jeff Bezos, Amazon.com Founder and CEO. “The new Kindle Paperwhite obsesses over the details that matter most to readers—we’ve added our highest-resolution display so the words are crisp and clear on the page, a new font that is crafted exclusively for reading Kindle books, and a new typesetting engine that makes pages beautiful. Together, these details help you read faster and with less eyestrain, so you can lose yourself in the author’s world.”

Thanks to the company’s Whispersync feature, reading a book on the Kindle iOS app makes it seamless when you want to continue from your Kindle and vice-versa as bookmarked pages are remembered.

This sounds like a pretty awesome upgrade to the Paperwhite, but probably sucks if you bought one recently. Now my existing first-gen Paperwhite feels really old. What is also cool is Amazon launching this new model simultaneously in Canada and the USA, showing the Great White North some love.

The new Kindle Paperwhite is available for pre-order today at $139 CAD and ships on June 30—click here to order it.