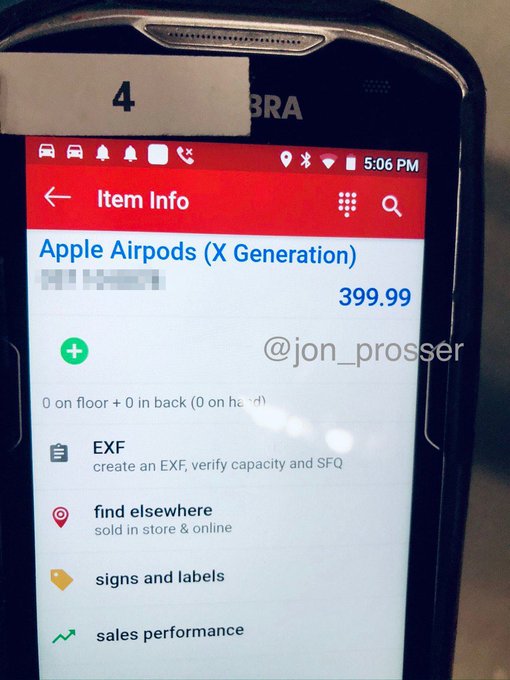 According to 9to5Mac, employees of the American retail chain, Target, have been leaking out what appears to be online placeholders for new Apple products.

Multiple Target employees have started reaching out to me about this ?

Showing up in their systems and on UPC scanners is this mysterious “Apple AirPods (X Generation)” listing, priced at $399. ?

These listings do not appear to reveal the actual names of these potential products coming soon, but are placeholders for when these products become available for sale, reports 9to5Mac:

There are three listings for the Apple Watch bands and four duplicate entries for the supposed new Apple TV. The bands are currently priced at $49 and the Apple TV is listed as $179, the same price as the current 32 GB Apple TV 4K. The iPod touch is labelled as $399, the same retail price as the current highest-end capacity iPod touch 256 GB model.

Apple is rumoured to hold a spring event and debut a new ‘iPhone 9’ or ‘iPhone SE 2’, along with other various product updates.

It’s too soon to speculate if these are real or not, but from the sounds of it, new products may be coming from Apple this spring, yet again.