Can you imagine a MacBook on the end of a selfie stick? Well, you don’t really have to since you might actually see one these days on the streets of New York City. Appropriately put into words by the folks over at Cult Of Mac, the oversized new MacBook selfie sticks created by an artist collective “seem to be making the point that perhaps the technology that serves our obsession with selfies should be as outsized as our egos”. 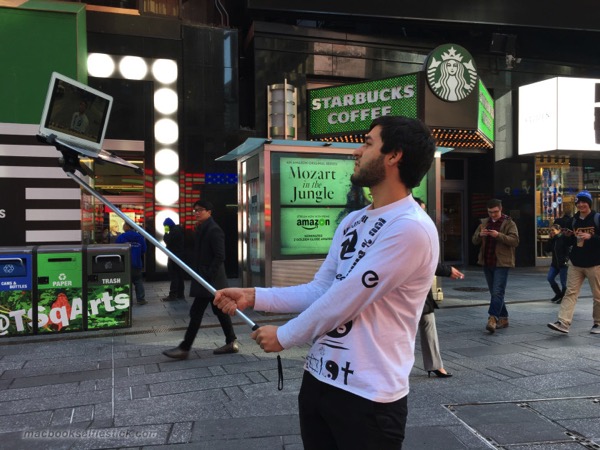 The MacBook selfie stick photos are a collaboration of three artists, Art404, John Yuyi, and Tom Galle, and show various models of Macs featuring the artists themselves in selfie-taking poses around the streets of NYC. The horrible selfie stick is a long metallic pole, that has a hefty clamp attached to it to hold the MacBook instead of a smartphone for taking selfies. 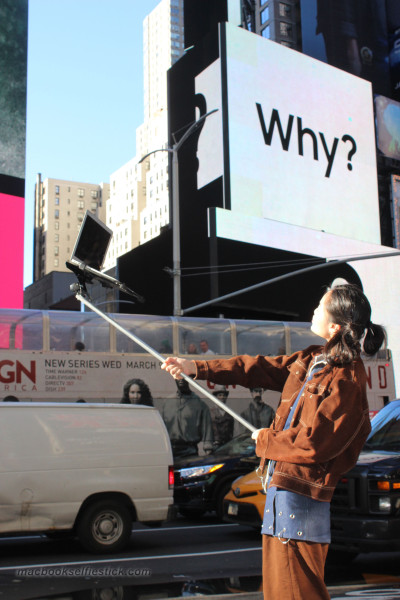 And before you tell yourself things couldn’t get any more ridiculous than this, check out the following photo first and then decide. What do you think? 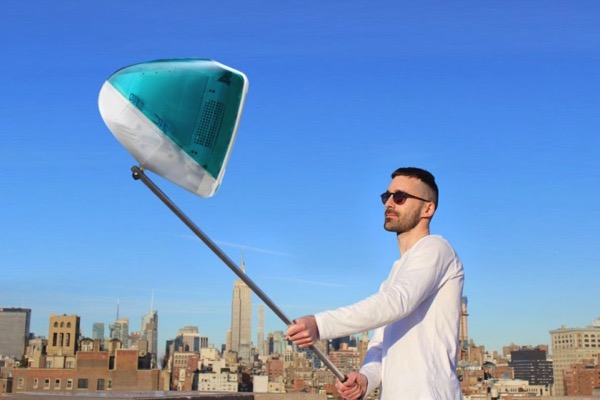