The picture was sent to Motherboard after reporter Jason Koebler put a bounty out for information regarding Apple’s “iPhone Calibration Machine.” The machine is a specialized piece of equipment used by Apple Store Geniuses and tech personnel to conduct device repairs. 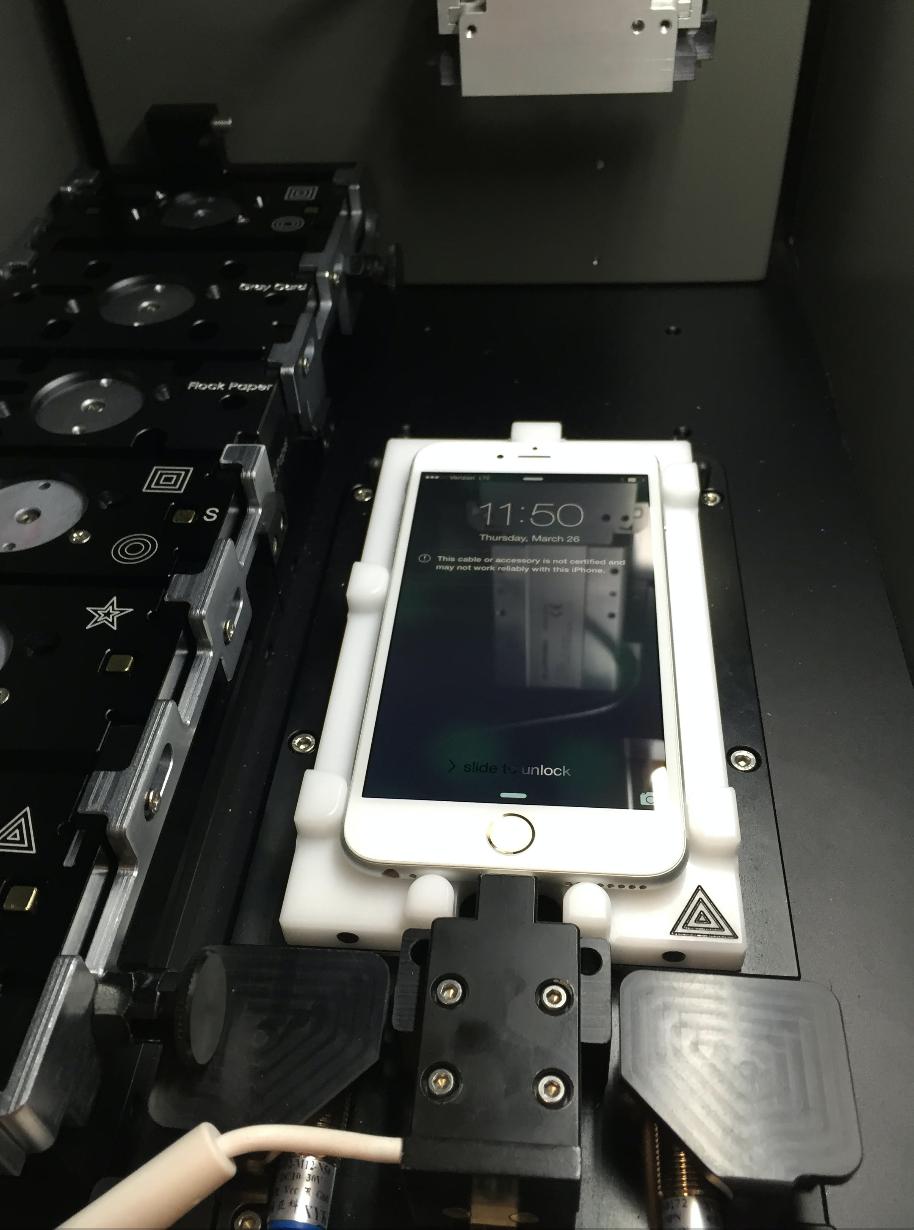 “It was a big clunky machine that honestly looked like someone built it in their backyard. There were different ‘molds’ that different iPhone models would go into before going in the machine, and it would take around 30 minutes … there was some weird liquid that needed to be placed in the machine that we would have to wear gloves with to fix it. Lots of gas type valves and whatnot. It literally looked like some backyard home job. Not very Apple-like at all.”

The square, circle, star, and triangle chevrons to the left of the iPhone are used to calibrate the handset’s camera, while the “gray card” and “flock paper” controls are for screen calibrations. In addition to screen swaps and device calibration, the machine also allows technicians to replace iPhone’s Touch ID home button.