Apple Insider is reporting that KGI analyst Mingchi Kuo says the next iPhone will indeed have a larger display. Kuo says the next iPhone with have a 16:9 aspect ratio, in-cell IPS display, measuring 4.08″, and with a resolution of 1,136 x 640. Kuo also says the decision to keep the display width the same will save developers the headache of redesigning their apps to fit the 16:9 ratio, as 4:3 apps could simply be “letterboxed”. Kuo is known for having sources deep inside Apple’s supply chain, and his predictions in the past have proven to be fact. 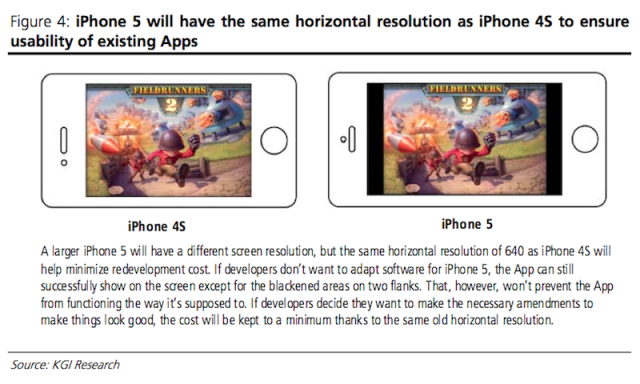 Kuo also sheds some light on why the display will be taller and not wider. He says Apple wants to maintain one handed operability. Widening the display would make this difficult, as you would have to stretch your thumb further across to reach the right side of the screen. We have talked about this in the past, discussing why Apple would probably not move away from the 3.5″ screen, but this taller display seems to be a decent compromise. We have created the graphic below, to give you an idea of “thumb reach” on the possible taller display. 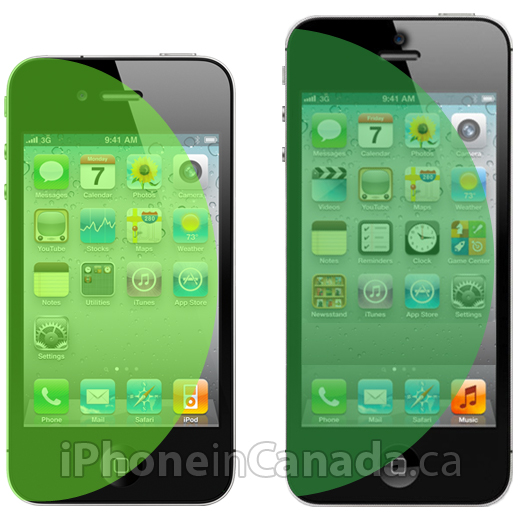 A larger display on the next iPhone is probably the biggest and most “hope it’s true” rumour right now. The larger, 16:9 display would show movies in their native aspect ratio, would provide more viewing area when typing in portrait, and give us more viewing area in games with touch screen analog controls and buttons.

The next iPhone is expected to be released this fall, and I’m sure we will hear more and more rumours as we get closer to the official announcement. WWDC is less than a week away, where we will get a sneak peek at iOS 6. If a developer’s preview is released, we may get some details out of the code, on things like display resolution. We’ll keep you updated.