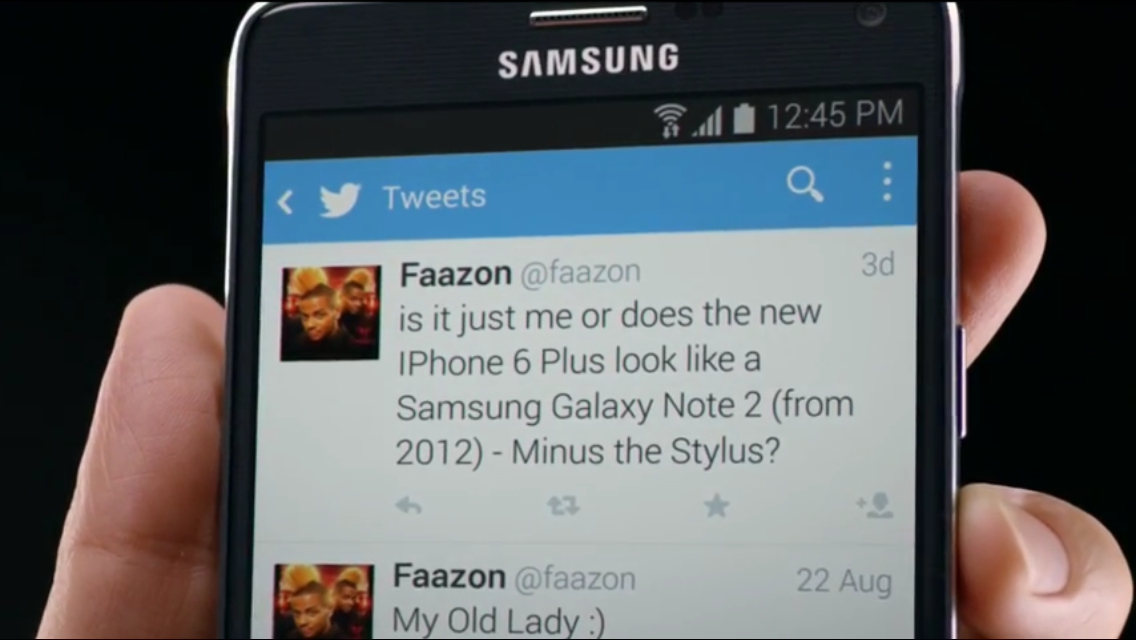 Samsung has continued its assault on Apple with another negative ad campaign, this time saying the new iPhone 6 is basically a copycat of the larger screens from the Galaxy Note series.

Check out the video description from the newest Note 4 ad uploaded to YouTube:

Galaxy Note 4 — Then And Now

Samsung Mobile invented the large display genre, but The Next Big Thing is about more than just size. As the rest of the world catches up to the “not everyone wants a tiny screen” thing, the Galaxy Note 4 is more productive, more innovative and more fun than ever.