Developers already can enjoy the beta version of iOS 8 on their devices, but the full experience of Apple’s next generation mobile OS is currently limited to the 4-inch (or 3. 5-inch) screen of the iPhones currently on the market. However, Apple is widely expected to launch two new iPhones with different screen sizes this fall. 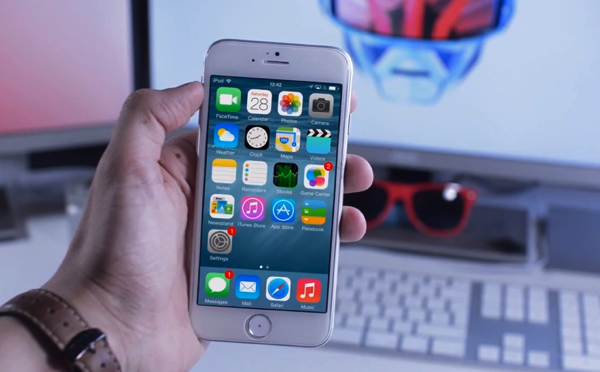 YouTube video poster Tom Rich is here to solve that problem (via Cult of Mac).

Remember, this is special effect, and it aims to show that people will bigger hands won’t have difficulties using the 4.7-inch device with one hand. But, this can’t be said for people with shorter hands.

Little has been said about the iPhone 6’s display resolution, but there are some claims that Apple will use a resolution of 1704 x 960 pixels for the 4.7-inch model. As for the bigger model, DisplaySearch analyst David Hsieh said Apple could opt for 1920 x 1080 pixels resolution.

You can watch the video below. Enjoy!

Nintendo has revealed that Pilotwings 64 will be making its debut on Nintendo Switch Online + Expansion Pack later this month. On October 13th, players can take to the sky in this flight simulator title. After mysteriously not releasing a title in September, Nintendo seemingly returns to adding a new monthly game to its Nintendo...
Steve Vegvari
19 mins ago

American Express Canada and Metrolinx have just enabled tap-to-pay functionality on eligible PRESTO devices for GO Transit and Union Pearson (UP) Express in the Greater Toronto and Hamilton Area. Cardmembers can pay for their adult transit fare with a contactless-enabled American Express Card, mobile wallet, or payment-enabled smartwatch. To make for a seamless experience, Cardmembers...
Usman Qureshi
16 hours ago