Next Generation iPhone Spotted in Vancouver, BC 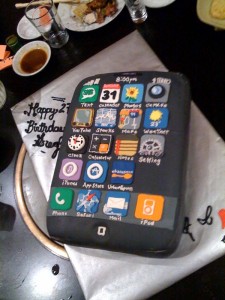 Okay, so that might NOT be the actual layout of the new iPhone (it was my friend’s custom made birthday cake!), but I would think it’s a close enough render of what the final hardware will look like. What do you think?

New Images of the “Real” iPhone Spotted in Hong Kong?

We see screenshots of the digital compass app, and the ability for the iPhone’s camera to autofocus. Pictures taken are compared of the current iPhone vs the “new” iPhone. Take a look for yourself: 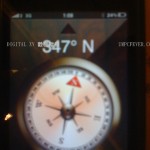 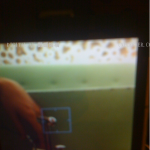 Like I’ve said before, the so called “leaks” are coming out fast and furious leading up the WWDC! We really don’t know what to believe, so take all of these stories you are reading with a grain of salt. I’m hoping that the next iPhone comes with iChat (both video/audio/chat) to rival all those pesky BlackBerry Messenger users who treat BBM like it’s the best thing ever! 😉

QUESTION OF THE DAY: Do you think Apple will announce a new iPhone at the WWDC? Yes or No?

Apple's new Crash Detection feature, available on iPhone 14 and the company's latest Apple Watch models, is designed to automatically contact emergency services in the event of a severe car crash.  However, it can sometimes mistake a rollercoaster ride for a car crash (via Reddit). One Reddit user found this out the hard way when...
Nehal Malik
14 mins ago

Amazon announced on Wednesday a new lineup of Fire TV Omni televisions, this time with QLED and also its “smartest TV lineup ever.” The new Fire TV Omni QLED Series is available in 65 and 75-inches, with 4K Quantum Dot Technology (QLED) displays and full-array local dimming for up to 96 zones. Dolby Vision IQ […]
Gary Ng
18 mins ago