Next iPhone to Use a Larger 4.6 Inch Display? [Rumour] 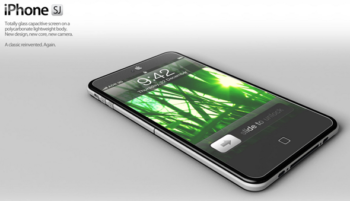 Earlier it was reported Apple was reviewing LTE chips for its next iPhone, and now Reuters has come up with a report in regards to the next iPhone screen size from a South Korean newspaper:

Apple Inc’s new iPhone will have a sharper and bigger 4.6-inch “retina” display and is set to be launched around the second quarter, a South Korean media reported on Thursday.

Apple has decided on the bigger 4.6-inch display for its next iPhone and started placing orders to its suppliers, the Maeil Business Newspaper said, quoting an unnamed industry source.

If such a screen size would be released–it’s already widely available on the Samsung Galaxy Nexus, as it uses a 4.6 inch Super AMOLED display (achilles heel: sunlight). Previous rumours of a larger iPhone screen sent the blogosphere into a frenzy, but those never came to light.

What emerged was the iPhone 4S, with the same 3.5 inch screen size that debuted with the original iPhone back in 2007. So far, Apple has remained consistent when it comes to screen sizes for the iPhone, iPad, and iPod touch–could a drastic screen change be coming for the next iteration of the iPhone?

As worker unrest continues onsite of Foxconn's Zhengzhou plant in China, Apple is expected to face a shortfall of up to an estimated six million iPhone 14 Pro units. Foxconn's plant, which is often referred to as 'iPhone City' due to its size and importance in Apple's supply chain, has been facing worker protests. Due...
Steve Vegvari
17 mins ago