Apple’s Next iPhone Said to Wirelessly Charge Your Other Devices: Report 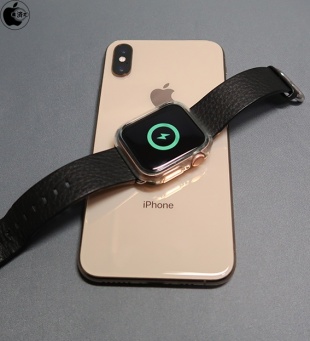 Apple’s next iPhone could include a feature to allow users to charge other devices with their smartphone, in a feature which would include Integrated Device Technology’s Wireless PowerShare, a feature from the recent Samsung Galaxy S10 flagship.

According to Japanese site Mac Otakara, unnamed sources within Apple’s Chinese supply chain claim this wireless sharing technology is coming to the next iPhone, said to be able to charge an Apple Watch.

According to TF International Securities analyst, Ming-Chi Kuo, he predicted last month Apple’s next-generation iPhone models will be able to wirelessly charge other devices, as part of a new feature set.

Last week, Apple launched new AirPods 2, with an optional Wireless Charging Case. Being able to refuel the AirPods wireless charging case or Apple Watch from your iPhone would be a very useful feature.

Apple unveiled its new HomePod second-generation last month, with the smart speaker going on sale in Canada last week. We're seeing the first teardowns of Apple's 2023 HomePod hit the web now, with YouTuber Brandon Geekabit recently sharing his disassembly of the device. On the outside, the new HomePod has a similar physical footprint to...
Nehal Malik
22 mins ago