Next Wave of iPhone 5 Pre-Orders Have Shipped from Apple

For those that ordered an unlocked iPhone 5 from the Apple Online store last week but didn’t make the first pre-order (they sold out in an hour and quickly moved to a 2 week estimated delivery date), it looks like the next batch of orders have started to ship with shorter than expected wait times. 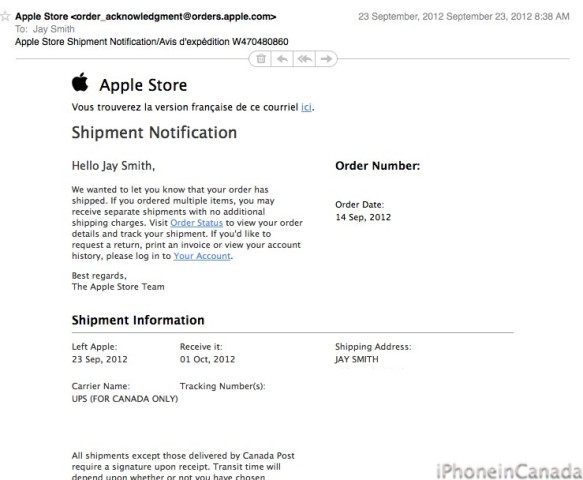 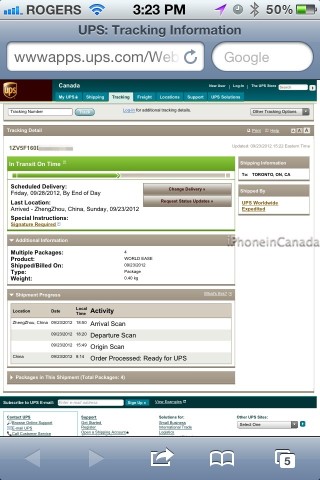 Apple typically over estimates their package delivery times. We were told by UPS our package was set to arrive on September 24th, but it arrived on launch day by noon. Has your ‘late’ iPhone 5 pre-order shipped yet?

Thanks Irving and Jay!