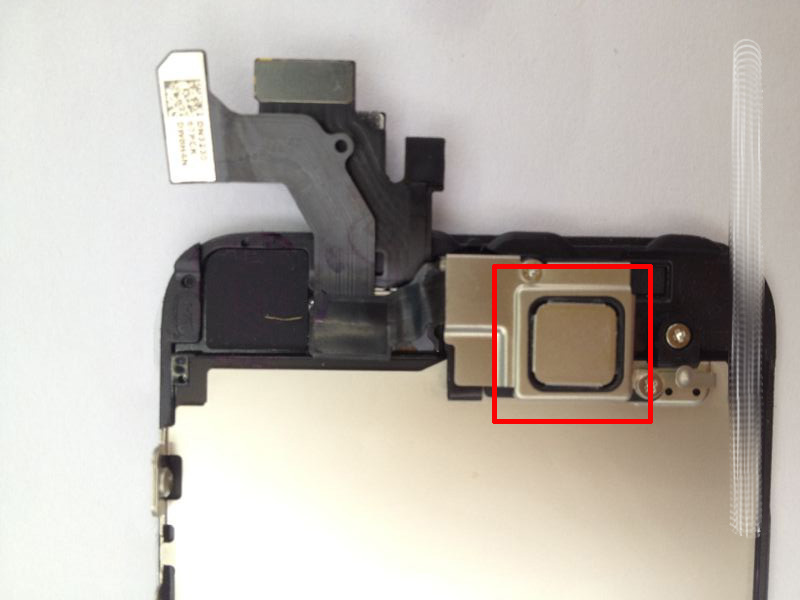 A set of leaked next-generation iPhone alleged photos have hit the internet, and were highlighted by the Apple.pro blog. At hindsight, I wasn’t going to post these because we’ve seen the same old leaked images in the past, but then Japanese blog Macotakara pointed out an unrecognized chip on the iPhone, claimed to offer NFC capabilities.

The claimed ‘NFC chip’ causing all the confusion can be seen above inside the red square box. Tucked down under the metal chassis certainly may be a near field communication chip, such as 5 mm x 5 mm solution from NXP.

To those muddled by NFC technology, just think of a wireless payment system. Two secure devices with NFC chips will be able to communicate when near each other and make a payment if a credit card or bank is connected.

The table was set in June when Apple revealed Passbook for the iPhone on iOS 6. Throughout the betas of iOS 6, Passbook has only received minor updates, leading me to believe the application won’t be used for transactions straight off the bat of iOS 6’s release. The main use of Passbook will be to store plane tickets, movie tickets, and other similar tickets.

Tim Cook has made it clear in the past that Passbook would be a key feature in Apple’s future, so we will have to wait and see. The iPhone 5 along with iOS 6 may be announced on September 12th, which is just over two weeks away.

Twitter Blue has once again been working on bringing its edit button to the fold. In a new tweet, the premium subscription of the social media platform shows off how the edit function will work both in terms of the user tweeting as well as the general audience seeing the changes. Earlier in September, Twitter...
Steve Vegvari
15 mins ago