Rovio and the NHL have announced a new mascot—the NHL HockeyBird, just prior to the NHL Stadium Series kickoffs:

He’s just over six-feet tall, comes in at 236 pounds (his feathers alone weigh 70 pounds!), likes to play hard and fair, and has a courageous never-give-up attitude – something they call “sisu” back where he’s from. NHL HockeyBird is an Angry Bird that said farewell to the flock, practiced his beak off and became a reliable right WINGer. He flung from Finland to North America for the NHL Mascot Draft, quickly became the #1 pick and now travels across the country to celebrate the great game of hockey! 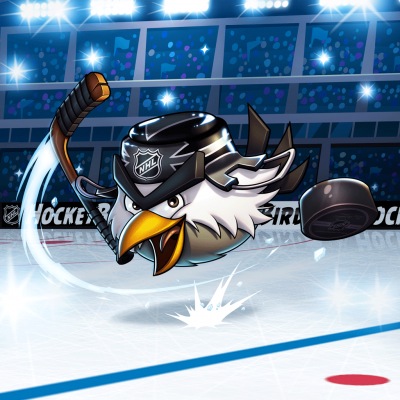 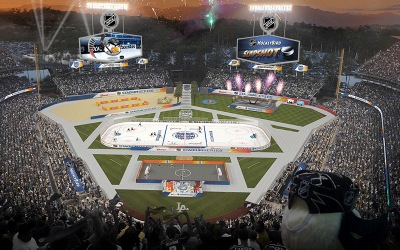 Rovio says (of course) officially licensed NHL HockeyBird merchandise will be available soon such as souvenir and novelty items from Wincraft and Forever Collectibles, pillows and throws from Northwest, drinkware from Boelter Brands and apparel from Levelwear and Outerstuff, in the coming months.

In the meantime, check out the first video trailer below: