Nikon, the world’s leading manufacturer of prosumer cameras has introduced an all new ‘HTTP mode’ in its latest pro DSLR camera, the Nikon D4. With its inbuilt Ethernet port, it can easily be hooked to a network allowing remote controlling of the camera with an iPhone or iPad. The HTTP mode can also be accessed via an optional WT-5 Wireless Controller which connects to the side of the DSLR camera and offers a/b/g/n Wi-Fi support. 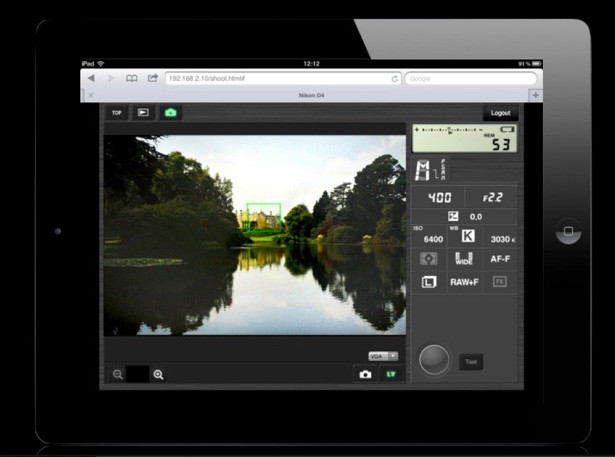 The interface has been optimised for iPad or iPhone use, but will work with other Internet-enabled devices. As the interface comes from a hosted service on the camera there is no need for an app – just a browser window.

Even though this function is built into the camera and won’t cost you an extra penny, you will however need to to buy a Nikon D4 first which sells for a whopping £4799 (body only).