Game developer NimbleBit has released mockups of a new game that will be playable directly on the Apple Watch. The mockup images, which were shared by TouchArcade, show off what the game may look like.

Letterpad is a simple word game that will be available for the Apple Watch and on iOS. The object of the game is to create a word related to a specified topic from a grid of nine letters. This is just a glimpse of what games may look like on the Apple Watch. 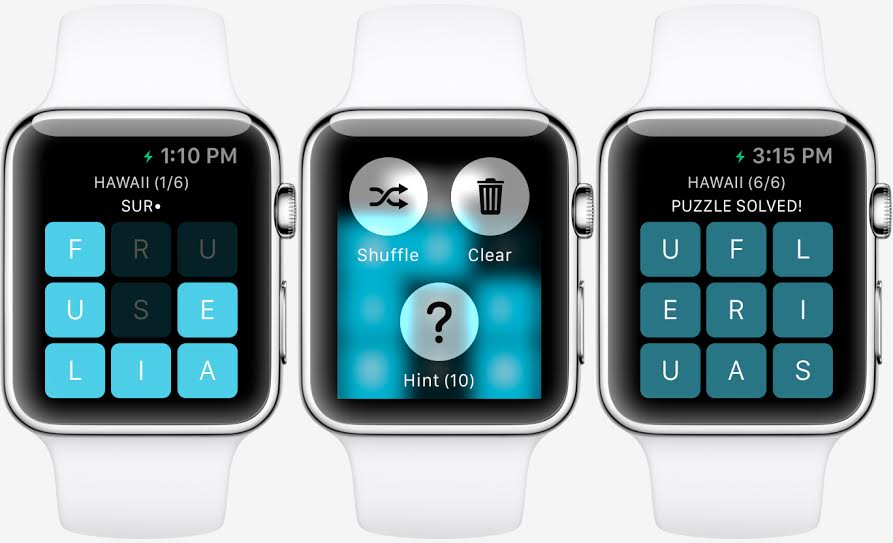 Developers will likely create a range of game and app experiences that will be suitable for a smartwatch. Apple has given developers access to the WatchKit SDK for the Apple Watch since the first beta seed of iOS 8.2, which was released in November.

Apple is scheduled to release the Apple Watch in the United States in early 2015 with a starting price tag of $349. The device will come in three models, including a standard model, sports model, and a luxury 18-karat gold Watch Edition.