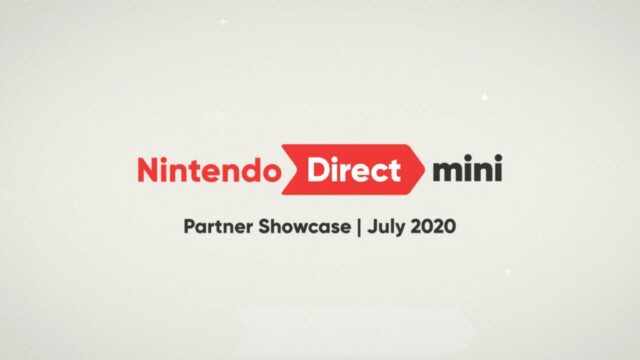 Nintendo has announced a ‘Direct Mini: Partner Showcase’ will air on Monday, July 20th at 10 AM EST.

With the release of Paper Mario: The Origami King last week, Nintendo’s release calendar for the remainder of 2020 is rather unknown. That being said, today’s Direct Mini may offer some new announcements to fill up the summer season. In a tweet, Nintendo announced the Direct Mini would be “a series focused on titles from our development & publishing partners.”

Nintendo prefaced the Direct Mini showcase by saying that it would “share a few updates on a small group of previously-announced Nintendo Switch games.”

On 7/20 we’ll debut the first #NintendoDirect Mini: Partner Showcase, a series focused on titles from our development & publishing partners. We’ll share a few updates on a small group of previously-announced #NintendoSwitch games. Check out the full video release at 7am PT. pic.twitter.com/GbEbxVL6fD

Nintendo has not disclosed which games will be given the spotlight during the Direct. Nintendo’s Direct Mini’s usually spans the length of 10-15 minutes, showing snippets of upcoming game footage. That being said, there are a few games expected to launch in the near future that still require updates.

Titles such as Bravely Default 2, and No More Heroes 3 have both been previously shown, though no official release date was announced. Other titles that would fit the “partnership” bill include DOOM Eternal, Apex Legends, Sports Story, and Hollow Knight: Silksong.

Nintendo’s first-party offerings for the remaining months of 2020 is still anyone’s guess. However, it is unlikely that the focus will be laid on titles such as Metroid Prime 4 and The Legend of Zelda: Breath of the Wild 2 during this showcase.