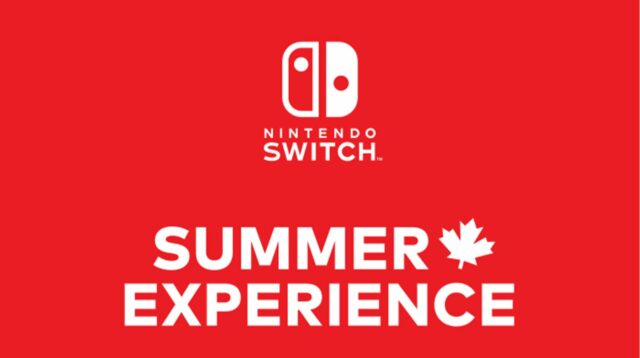 Nintendo Canada has revealed that the cross-country ‘Switch Summer Experience’ is kicking off on July 9th. Across the summer months, players and fans are encouraged to visit the company’s tour stops to get their hands on some of the biggest games on Nintendo Switch.

The Nintendo Canada tour begins on July 9th in Vancouver, British Columbia. Throughout July and into August, the Switch Summer Experience is travelling between B.C., Ontario, and Quebec.

This summer, you could see the Nintendo Switch Summer Experience tour stopping in your area!

Learn more about the games you and your family can try out at the Nintendo Switch Summer Experience this year. https://t.co/Gn70fq1bfz pic.twitter.com/ghxI5yK7Ex

It’s worth noting that Carnaval del Sol and La Fête du Lac des Nations will be located at venues that require paid admission. Ontario Science Centre, on the other hand, is only accepting walk-in admission.

All other tour stops require attendees to register for a ‘Warp Pipe Pass’ ahead of time. Space is said to be limited at each venue so registration ahead of time is advised.

As for games available to play, Nintendo Canada is offering the opportunity to play some of this year’s biggest Switch titles. These include Mario Strikers: Battle League, Kirby and the Forgotten Land, Nintendo Switch Sports, and Mario Kart 8 Deluxe (Plus Booster Course Pass DLC).