Having reached the 2 million downloads milestone in its first 72 hours after launch, Nintendo’s Dr. Mario World has now surpassed five million downloads globally in its first week of availability while also generating significantly more revenue than many other top mobile puzzle titles in the same period (via Sensor Tower). 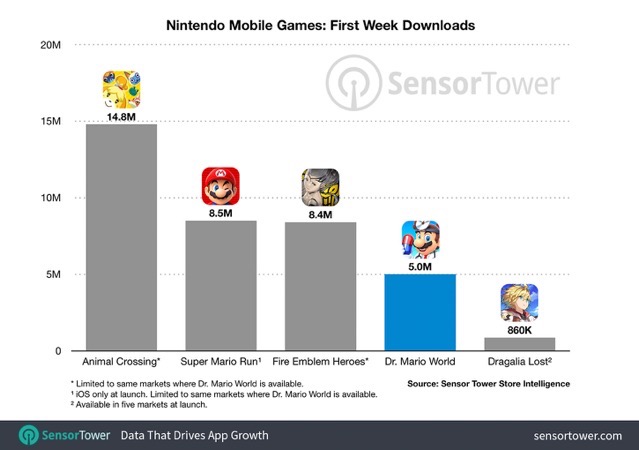 In terms of revenue, the source notes that the first week revenue of current top 25 mobile puzzle titles with similarities to Dr. Mario World is much less that its $500,000 in player spending to date:

For a property with less name recognition than Mario and Fire Emblem, this is a very a strong showing for Nintendo’s first mobile puzzle title in terms of downloads.

If you haven’t already, you can grab the title using the following App Store link.

The National Football League (NFL) and DAZN Group announced on Tuesday to extend their partnership in Canada and globally, with a new 10-year deal that begins with the 2023 season. With NFL Game Pass International, football fans outside the USA will be able to watch every NFL game through the regular season, postseason and the final […]
Gary Ng
6 mins ago