Nintendo Wants to Build Mobile Gaming Into a Billion-Dollar Business

Shuntaro Furukawa, who will be taking the role of Nintendo’s new president starting next month, has said in an interview with the Nikkei Asian Review that he wants to build up the company’s smartphone game operations into a 100 billion yen ($910 million) business, by applying lessons learned from the wildly popular “Pokemon Go” game. 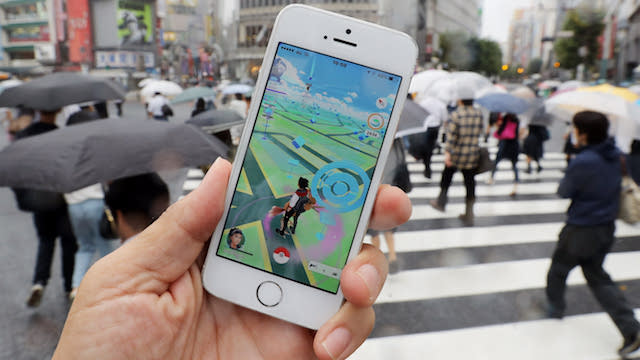 “From what I can see, smartphone games are the ones I want to expand the most,” Furukawa told the publication. Owed much to the hot-selling Nintendo Switch console-handheld hybrid, the company reported consolidated sales of 1 trillion yen for the year ended March 31. However, expanding non-Switch operations seems to be a priority for the Kyoto-based company’s incoming chief.

“The idea that something will emerge that transforms into something big, in the same manner as game consoles, is the defining motive of the Nintendo business,” he said.

While the company naturally seeks a “Pokemon Go”-scale monster hit, it is making no promises so far. “I can’t say that there are any that are like that” among mobile games now in development, Furukawa said. When working with business partners, “first of all, getting on the same page at development sites is key,” explained Furukawa, who hinted at expanding cooperative ties down the road.

Furukawa, who will be setting up a decision-making panel of five directors including himself, also noted that he plans to introduce the Switch more widely, especially in the Middle East and Southeast Asia.

Apple's new Crash Detection feature, available on iPhone 14 and the company's latest Apple Watch models, is designed to automatically contact emergency services in the event of a severe car crash.  However, it can sometimes mistake a rollercoaster ride for a car crash (via Reddit). One Reddit user found this out the hard way when...
Nehal Malik
8 mins ago

Amazon announced on Wednesday a new lineup of Fire TV Omni televisions, this time with QLED and also its “smartest TV lineup ever.” The new Fire TV Omni QLED Series is available in 65 and 75-inches, with 4K Quantum Dot Technology (QLED) displays and full-array local dimming for up to 96 zones. Dolby Vision IQ […]
Gary Ng
12 mins ago