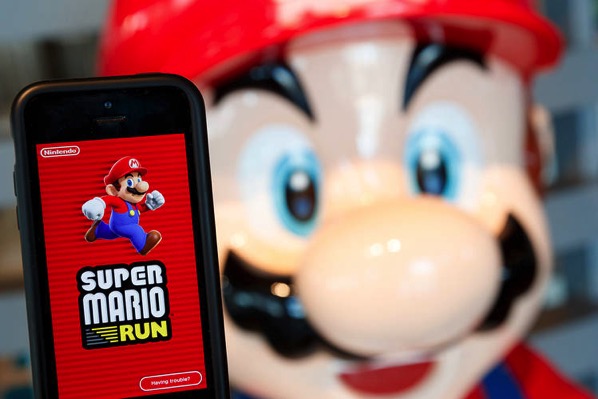 Disappointing early reviews and sales of Nintendo’s latest ‘Super Mario Run’ smartphone game have caused the company’s shares to fall by almost 16% in the past five days, while some analysts are also expressing concern over the game’s payment model, The Wall Street Journal is reporting. Although the company’s stock rose over 20% in the past month, the shares finished down 7.1% today in Tokyo Stock Exchange trading.

“If you were hoping that Mario would perform like Pokémon, then Mario clearly didn’t achieve its mission,” said Hideki Yasuda, an analyst at Ace Research Institute. “But that was placing expectations too high because the Mario game’s business scheme is so different from Pokémon.”

Research company SuperData forecast that the Mario game would generate as much as $15 million in its first month, while “Pokémon Go” and other Pokémon merchandise helped Nintendo boost operating profit by about $100 million in the July-September quarter, when the game was released.

While the game has not yet been released on Android, former Nintendo game director Motoi Okamoto believes poor reviews on the App Store may hurt Mario’s performance on other platforms as well. He added that although the game was well thought out, its payment structure isn’t ideal. Players who see that the game is free to download may get an unpleasant surprise when asked to pay $9.99 after just a few levels.

Okamoto said that the game should have either asked players to pay when downloading, or given more free content if they were to pursue a free-to-download model. Meanwhile, a Nintendo spokesman has said the company doesn’t plan to release additional content, either free or paid.