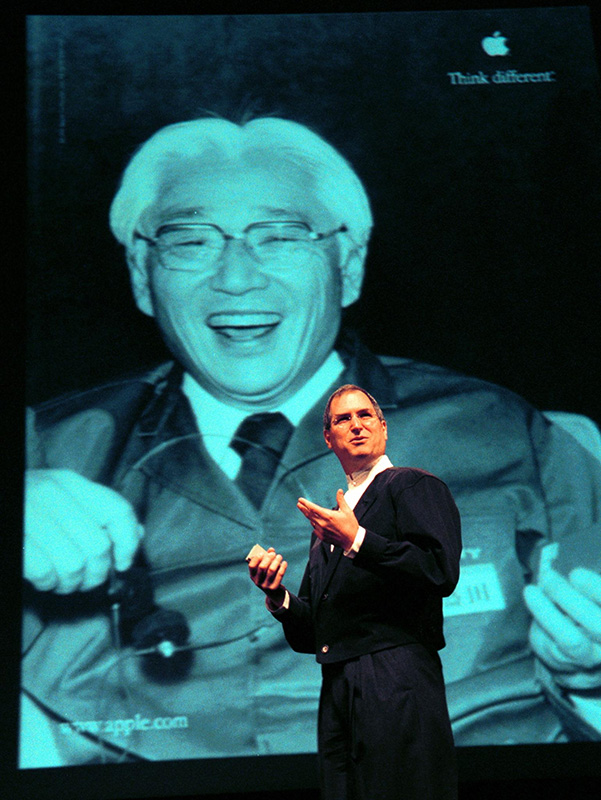 The Japanese publication, Nippon, writes a translated article about Steve Jobs and his close connection to Japan:

Apple founder and CEO extraordinaire Steve Jobs had a close relationship to Japan. Hayashi Nobuyuki, an IT journalist who has written about Steve Jobs and Apple for many years, traces the course of Jobs’s links with Japan, dating from his first interest in Zen as a young man.

Most of the details are loosely mentioned in the Steve Jobs biography, such as the origin of Steve’s classic black turtleneck, but there are some undocumented details as well I’ve read about for the first time. It’s a fascinating read that illustrates the warm spot Japan had in Steve’s heart.

Another aspect of the closeness Jobs felt for Japan was his love of Japanese food. Soba noodles and sushi were particular favorites. In his younger years, Jobs was a fruitarian (someone who only eats fruit), and he continued to be a strict vegan throughout his life. But he made an exception for Japanese food.

Such was his love of soba that he sent the chef from Café Mac, the Apple company cafeteria, to study at the Tsukiji Soba Academy and had him serve a dish called “sashimi soba,” an original Steve Jobs creation.

Check out the full article here–it’s a worthy read.