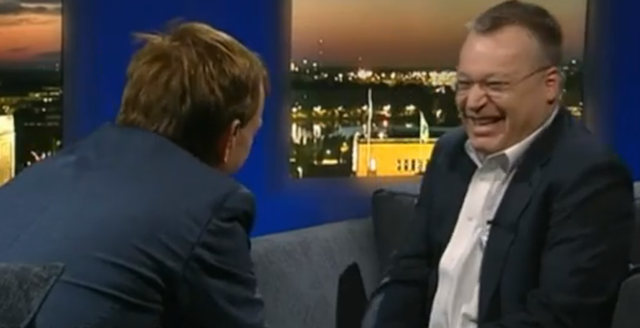 Stephen Elop, the CEO of Nokia Corporation and a Canadian citizen, literally threw an iPhone on the floor during an interview on Finnish TV, when asked about some upcoming products (via WMPoweruser). The show, which is called “Hjalliksen kanssa” (“With Hjallis”), aired yesterday evening at biggest Finnish commercial TV station MTV3.

During the interview, the presenter tells Elop he has an iPhone, and pulls it out of his pocket to prove it. “Oh, how embarrassing,” responds Elop. The presenter then says he wants to have a Nokia phone, implying that he can’t currently own one because the devices aren’t as good as the iPhone. At this point, Elop snatches the presenter’s iPhone and lobs it off camera, saying “I can take care of that for you right here, there you go”, promising to replace it with a Nokia device.

Check out the video clip below: