With Nokia focusing its resources on other stuff than smartphones, its Senior Lumia engineer, Ari Partinen, has decided to join Apple instead. Partinen tweeted this morning that he will start a new chapter in his life in June in Cupertino, later confirming that the company that made him an irresistible offer is indeed Apple (via Engadget). 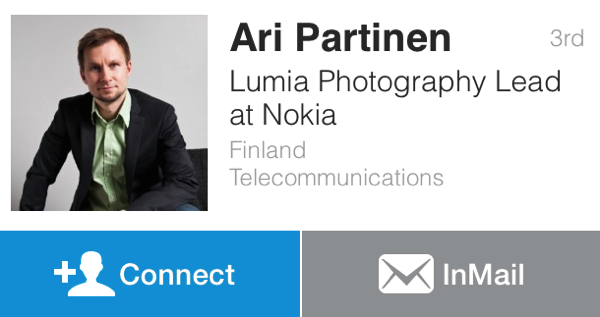 Ari Partinen joined Nokia in 2007 as image quality engineer and quickly advanced to Senior Design Engineer. Since last July he has held the Lumia Photography Lead title. According to his LinkedIn profile, his tasks included “working with image quality characterization and tuning on camera module level”. And he also lists the successful Nokia 808 PureView and Nokia N8 devices, both renowned for their image taking abilities, as projects he had been working on.

Partinen joins Apple at a time when the company is making preparations to release two new iPhone models. With the next-generation handsets, Apple is said to be opting out of the megapixel race and instead enhancing its iPhoneograhy capabilities with either optical or electronic image stabilization.