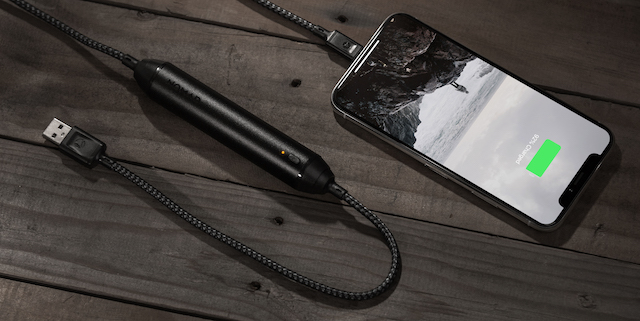 Dubbed the ‘Battery Cable’, Nomad’s latest product is a nylon wrapped, MFI Certified Lightning Cable with a built-in 2800mAh portable battery, that not only gives your iPhone a full charge but also promises to keep it charged while you’re on-the-go.

The durable Battery Cable features 500D nylon woven in a ballistic weave pattern, which was originally developed to protect military forces from shrapnel and bullets. The built-in battery is housed in high quality aluminum to provide not only a more premium feel, but also additional protection that lets you treat the cable as you would any other. 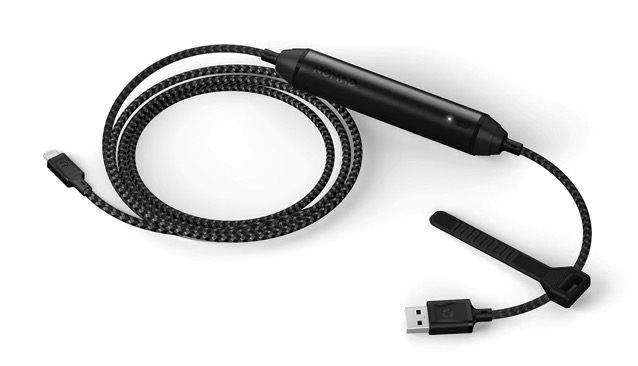 You can order the new 1.5 meter long Battery Cable for US $49.95 via the official website.