NOMAD recently revealed their charging cable orders are now being fulfilled same day and since their launch, they’ve had over $2.5 million in sales.

Their tiny ChargeKey attaches to your keychain and ensures you will always have a Lightning USB cable with you. We’ve been using ours frequently and we love it. 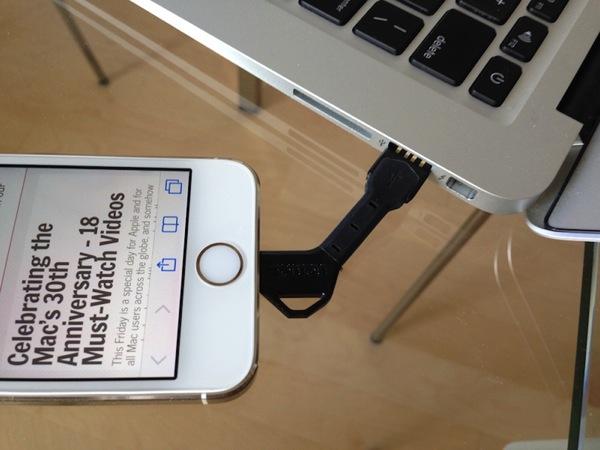 The ChargeKey for iPhone 5/5S normally retails for $29 plus $3 shipping to Canada (or $35 from Amazon.ca)—but right now with the promo codes NOMAD10 or FACEBOOK48 you can save $10 to bring the price down to $22 shipped (or $19 + $3), which we think is a decent deal to always have a Lightning cable with you.

The code works for any order, even those being shipped worldwide.

Click here to order your ChargeKey while the promo codes still work!

Update May 22: Looks like the promo codes won’t work above, but you will save 20% off.