Nomad today announced the launch of its new Rugged Cases with MagSafe for iPhone 12 series. Nomad’s new cases, which look quite similar to the company’s existing iPhone 12 case lineup, are now available for all four iPhone 12 models. 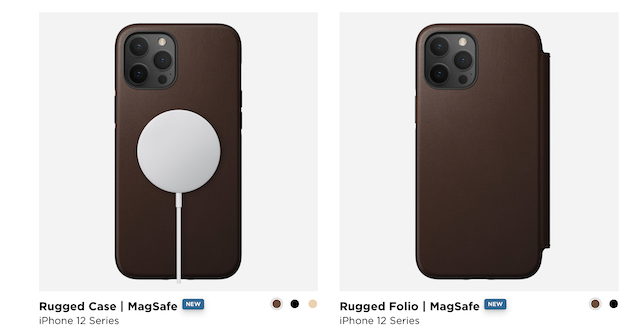 The new Rugged Leather case with MagSafe is offered in the same three colour variants i.e. brown, black, and natural leather, whereas the new Rugged Folio comes in either brown or black leather.

Each case is crafted from Horween Leather and features an integrated shock absorption bumper offering up to 10-foot drop protection.

The new Rugged collection iPhone 12 cases are now available for order starting at $59.95 USD each.