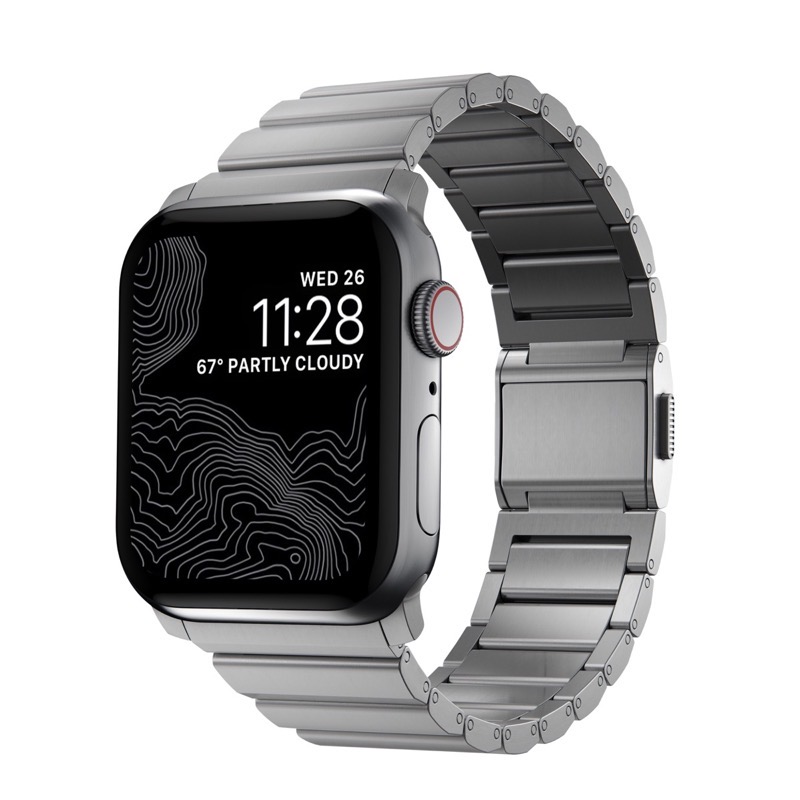 These bands are the second-generation of previous steel and titanium bands for Apple Watch, gaining various improvements such as custom316L stainless steel lugs, 100% colour matching across buckle and links, plus new magnetic clasps and a new adjustment tool.

NOMAD Titanium Band (V2) for Apple Watch is made from Grade 2 Titanium and has a diamond-like carbon (DLC) coating for scratch resistance, designed to be lightweight. This band is available in brushed silver and black, priced at $249.95 USD. 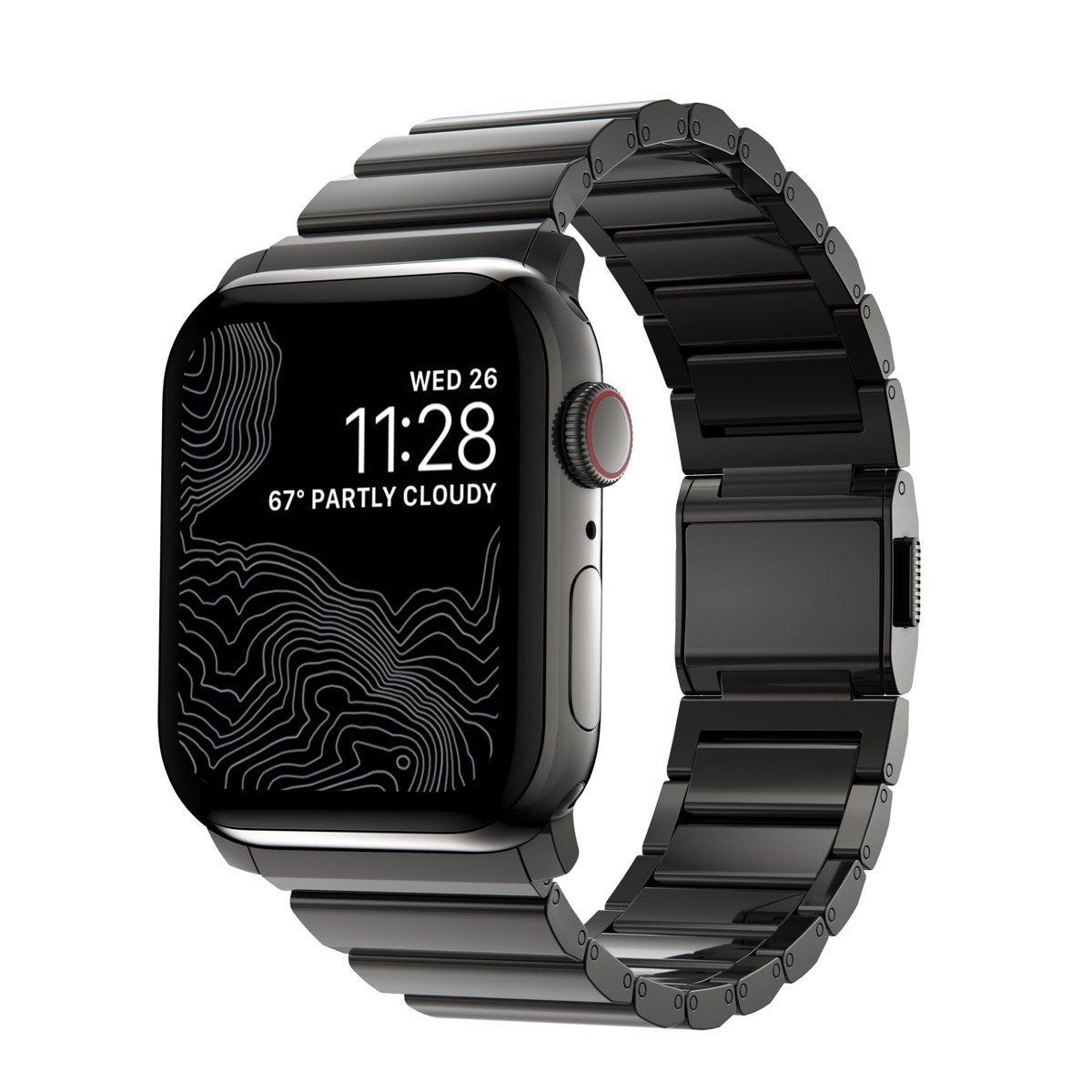 The NOMAD Steel Band (V2) for Apple Watch is built from high-grade 316L stainless steel and also has a diamond-like coating, and is available in polished black and silver. This steel band is priced at $149.95 USD.