NomadPlus Turns Your Apple USB Charger Into a Portable Battery

Today Nomad, the company that created the NomadKey, announced the NomadPlus.

The NomadPlus is a device that turns your existing Apple iPhone USB charger into a portable battery pack. The device has a built-in 1500mAh battery that can recharge an iPhone to about 70 percent.

NomadPlus is an innovative 2-in-1 charging solution. Ideal for travel, it adds a 1500mAh battery to any Apple USB wall plug – and it can charge any smartphone or other USB powered devices. NomadPlus packs enough power to charge your phone 70% after you unplug it from the wall.

The best feature of the NomadPlus is the fact that it lets you charge your iPhone and the built-in battery at the same time. This is a simple feature that will save a lot of time and effort. 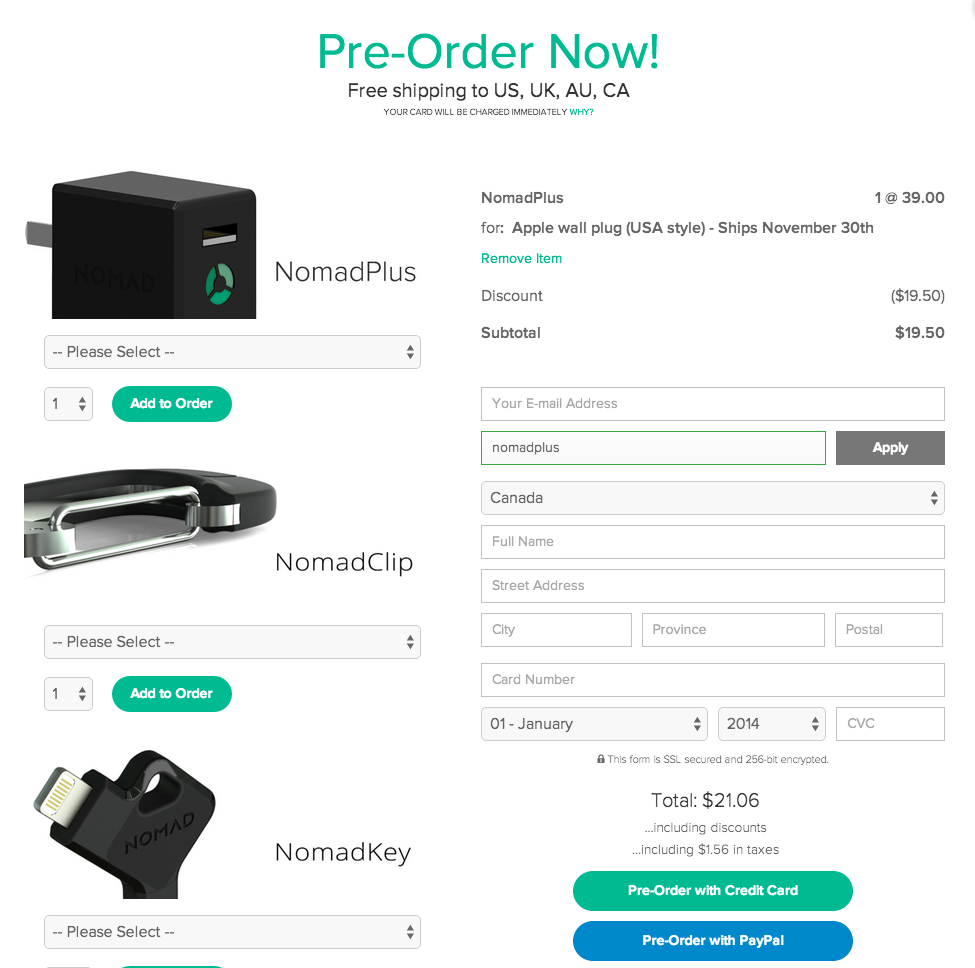 The NomadPlus is available for pre-order starting today from Nomad’s website for $39. For a limited time only if you use the promo code “nomadplus” at checkout, you will receive $20 off your order. If you live in Canada, the U.S., the U.K., or Australia there are no shipping charges.