As part of a new remote border-crossing technology, the United States Customs and Border Protection has introduced iPads in Northwest Angle resorts to facilitate reporting to customs when travelling between Canada and the U.S. This will allow people entering the Angle from Canada to report to CBP via iPads that are online at several resorts on the mainland and on Oak and Flag islands (via Winnipeg Free Press). 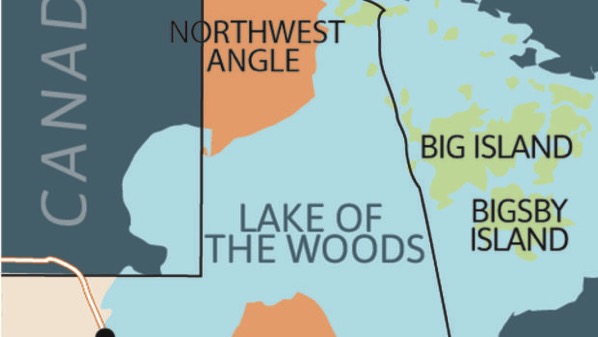 Crossing the border is a routine for Angle residents and visitors because the area is bordered on three sides by Canada. Most people enter the Angle by Provincial Road 525 and simply use a customs telephone, called an outlying area reporting station (OARS), to report their arrival. This means that if you so much as step foot on an island in Canada while staying in the Angle, you have to make a 25-kilometre round trip to report by OARS phone.

The iPads will make it easier once at the Angle to go into Canada while fishing or snowmobiling and return to one of about a dozen resorts on the piece of land, which juts out from Manitoba into Lake of the Woods but is a part of Minnesota. Visitors are interviewed by iPad just as they are by an officer who answers an OARS phone.

The OARS phones, including the one on Highway 525, are also expected to be replaced by iPads this fall. As well, an app will soon be introduced so people can report to customs with their smartphones.

The reporting system could extend to other remote border crossings between Canada and the U.S., or the U.S. and Mexico in future.