#NuggsForCarter Tops Ellen’s Selfie as Most Retweeted Tweet in History

High schooler Carter Wilkinson asked Wendy’s for a year’s supply of free nuggets on Twitter a month ago, and the fast food chain said if he got 18 million retweets, his wish would be granted. Fast forward a month and help from celebrities and more, Carter’s tweet is now the most retweeted tweet of all time, topping Ellen’s infamous selfie, according to Twitter. 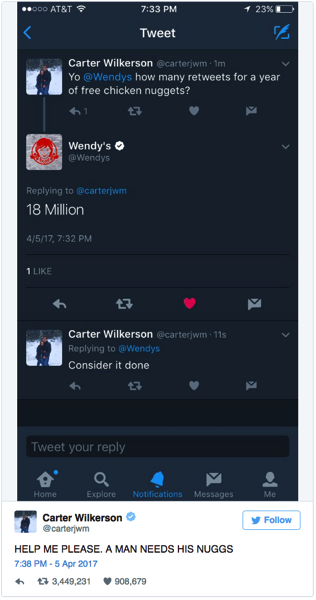 Wendy’s gave him one year’s worth of nuggets via gift cards, while also donated $100,000 to the charity Dave Thomas Foundation for Adoption, while Carter’s website is also raising more money as well. 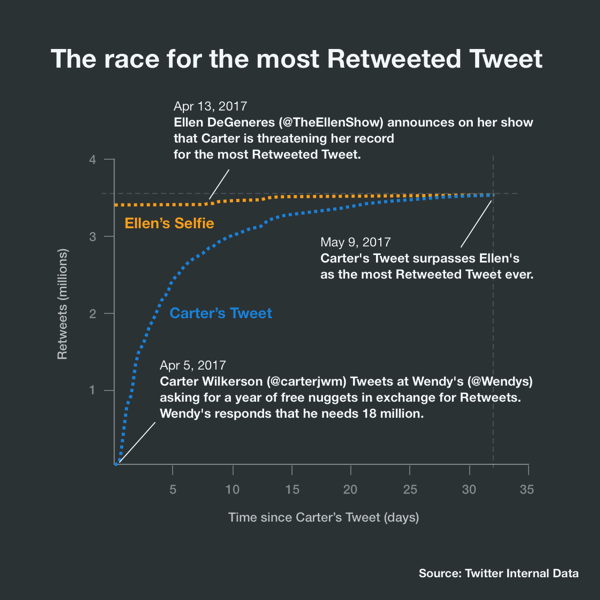 Meta Platforms CEO Mark Zuckerberg on Wednesday joined a growing list of industry leaders, regulators, and entire countries that are unhappy with Apple's App Store dominance, saying that it raises a "conflict of interest" for the iPhone maker (via Fortune). "It is problematic for one company to be able to control what app experiences end...
Nehal Malik
25 mins ago