If you are planning to visit Apple’s iconic Fifth Avenue store in New York — which, by the way, draws tourists from around the world — in the near future, prepare for a surprise: you’ll find closed doors. The store is moving to another space, the F.A.O. Schwarz toy store that Tom Hanks made famous in “Big,” reports the Associated Press. 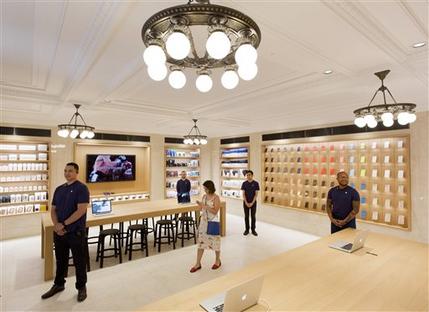 The renovation is part of Apple’s plan to redesign 20 of its stores in the US. But it’s not stopping there. Apple is also opening new stores: the next one to open, the 266th in the country, is the one on the Upper East Side. This will be the seventh in New York City, the city with the most traffic in stores in the US.

What makes this store interesting is that Apple has taken a page from the building’s look from the 1920s. The new store on the Upper East Side is part of the Beaux Arts building, which originally was the home of the US Mortgage and Trust bank. To make it special, Apple has restored the building’s look from that period: it has restored the original chandeliers, marble floors, and pilasters.

Restoring a building to blend into the original architecture isn’t a new direction from Apple’s architects: the company has done similar work with its stores in Europe, for example.