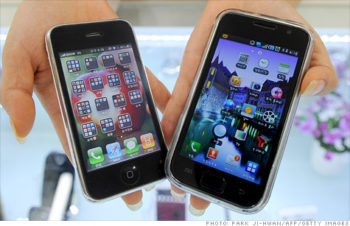 Here’s a great Sunday read coming your way. The New York Times profiles the Samsung and its well-known copying ways; not just with smartphones but with TVs and more:

Still, the [$1.05 billion] ruling reminded South Koreans of something their country painfully lacked, a shortcoming magnified by comparisons between Samsung and Apple.

Although the name Samsung is synonymous with sophistication among South Koreans, the company has never created a product so innovative that it has defined an era in consumer culture, like the Sony Walkman or the Apple iPhone.

“Copying and clever upgrading are no longer viable,” the daily JoongAng Ilbo, the International Herald Tribune’s publishing partner in South Korea, lectured in an editorial. “Samsung must reinvent itself as a first-mover, despite the huge risks involved in acting as a pioneer, if it hopes to beat the competition.”

I’ve said it before and I’ll say it again–Samsung doesn’t innovate, they just mimic others and churn out products with military-like precision and speed. Read the article and let me know what you think in the comments.