In the past, we have heard numerous rumours about Microsoft Office launching on iOS, including an allegedly leaked product roadmap to Office for iOS hinting at an October 2014 launch. However, a new report by MacRumors (via Bloomberg) is claiming that if Stephen Elop, former CEO of Nokia and a leading candidate to replace Steve Ballmer, becomes the next CEO of Microsoft, Office for iOS could arrive much sooner. 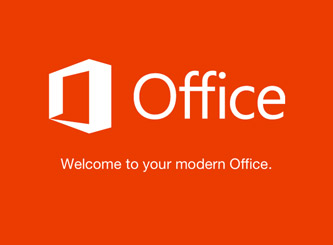 Stephen Elop has spent almost 3 years running Microsoft’s Business Division, which is responsible for Office, before leaving the company to lead Nokia in 2010. The source details that Elop is reportedly open to the possibility of “broadening distribution of the company’s Office suite” to other platforms including iOS and Android. One of the most recent reports has also indicated that an Office for iPad app is awaiting completion of a touch-friendly ‘Touch First UI’ that will come first to the Windows version of the suite in the early part of next year.

“Elop would probably move away from Microsoft’s strategy of using these programs to drive demand for its flagship Windows operating system on personal computers and mobile devices, said the people, who asked not to be identified because the 49-year-old executive hasn’t finalized or publicly discussed his analysis of the business.”

Although an Office Mobile app for iPhone provides subscribers access to the company’s Office 365 service to perform basic editing on Office documents, a full-fledged Office suite for iPad and iPhone would be a welcome addition to the App Store.