This morning Steve Jobs took the stage at their Cupertino headquarters to address the world about the issues surrounding the iPhone 4. Near the end of the presentation, Steve Jobs confirmed that the second wave of iPhone 4 launches will take place on July 30th–which includes Canada!

As we confirmed this July 30th date (this reaffirms that wireless carriers and dealers are always the last to know release dates), Apple also confirmed the white iPhone 4 will be coming at the end of July as well. 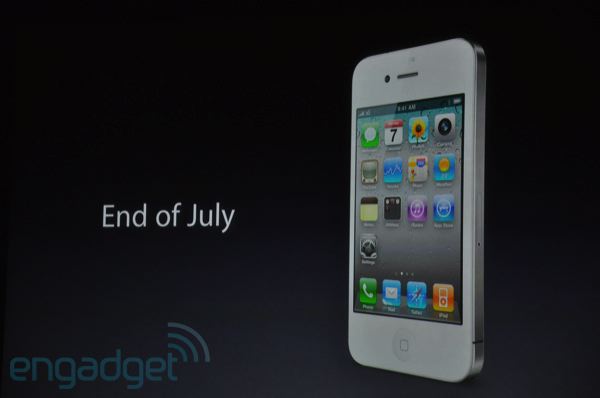 The big question remains whether or not Canadians will receive the second batch of iPhone 4 units that will have a fix to this antenna issue (based on Apple’s history to quietly fix product flaws). Also, will Canada get a chance to pre-order the iPhone 4?

Here are some Q&A’s with Steve Jobs, as tweeted by Jason Snell from Macworld:

Q: Possible for hardware fix for this product? A: Right now, the state of affairs in this industry, nobody has solved this problem. We’d like to be the first. Maybe. We’ll see. But most of our customers aren’t experiencing, and the ones who are, many of those are in test mode, duplicating what they saw on the web.

Stokes from Ars Technica: Will the free case offer extend outside the US? Jobs: Yes, it’s international.

Fortune/CNBC: You’ve been communicating more via e-mail. Can you talk about whether you’ve shifted the way you communicate with Apple’s customers? Jobs: I get a lot of emails, and I always have on some occasions replied to some of them. I can’t reply to a lot of them, because I’ve got a day job. At some point people started posting on the web, which is a little rude, to be honest. And now the most recent phenomenon is, people are making them up. So don’t believe everything you read.

But in the meantime, Apple will be giving out free Bumper cases (or a choice of a third party case) to all new iPhone 4 owners (those who purchased one will get a refund) through till September 30th (Canada included). This is not a permanent fix and doesn’t do anything really to the early iPhone 4 adopters in the USA, but it’s a start.

More to come as this story develops… 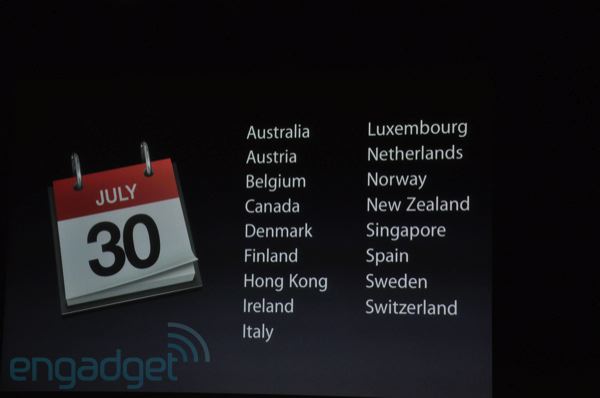 Elon Musk said on Friday afternoon that he will "make an alternative phone" if Apple or Google decide to kick Twitter off the App Store or Play Store, their respective mobile app marketplaces. "I certainly hope it does not come to that, but, yes, if there is no other choice, I will make an alternative...
Nehal Malik
1 day ago