What can we expect in 2012? Maybe iPad 3 or iPhone 6? These devices aren’t guaranteed, but what will be a certainty is the official Steve Jobs biography, according to ABC News:

Apple CEO Steve Jobs has finally agreed to participate in a book about his life.

Simon & Schuster announced Sunday that Walter Isaacson’s “iSteve: The Book of Jobs” will be published in early 2012. Isaacson has been working on the long-rumored biography since 2009 and has interviewed Jobs, members of his family, colleagues at Apple and competitors.

“This is the perfect match of subject and author, and it is certain to be a landmark book about one of the world’s greatest innovators,” Jonathan Karp, publisher of Simon & Schuster, said in a statement. “Just as he did with Einstein and Benjamin Franklin, Walter Isaacson is telling a unique story of revolutionary genius.”

This is one biography you’re going to want to read in 2012. Isaacson is the only author that has been able to gain the trust of Steve Jobs. 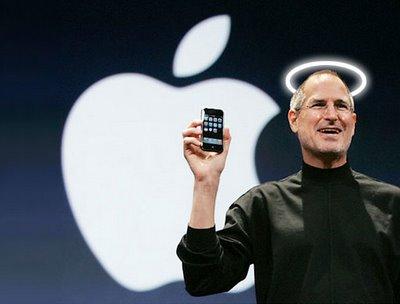 Thanks for the email Brian!