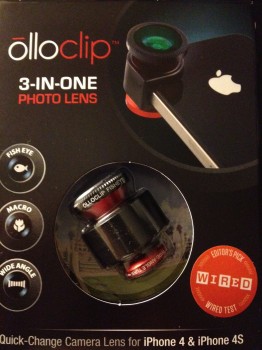 There are some things in life that were just meant to go together. 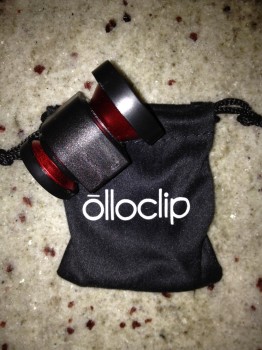 The Olloclip – born out of the Kickstarter project – and invented by Patrick O’Neill and designed by Chong Pak, as a two-sided lens that adds a fisheye lens, macro lens, and a wide-angle lens to your iPhone 4 and 4S camera.

While other lens attachments may require adhesives, the Olloclip conveniently slips over the iPhone’s camera lens, enabling quick, and hassle-free pictures, with whichever app you prefer to take pictures with.

The Olloclip is made out of high-quality material, and lenses.  One side acts as the fisheye lens, and the other, as a wide-angle one.  What’s even cooler is that when you take off the wide-angle lens, a macro-lens is housed underneath.

The included pouch is made of soft microfibers, and also acts as a lens cleaner.  The Olloclip also comes with lens caps.

I’m not personally the biggest fan of fisheye lenses, but along with the photo-cropping capabilities of an app such as Instagram, the fisheye effect can be left intact, while cropping the black edges of the picture.

I definitely found myself using the fisheye lens more often than I expected to as it added some character especially in situations where the object might be fairly ‘boring’ otherwise. 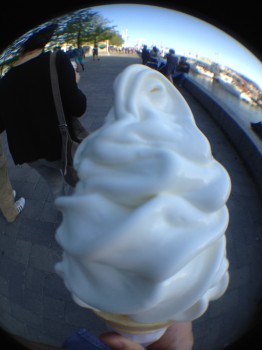 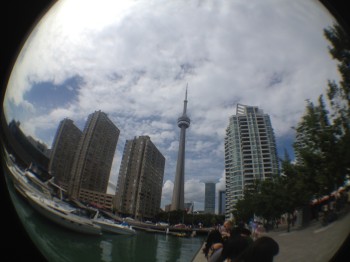 The wide-angle lens, I found was not as ‘wide’ as I had hoped, but still does the job very well.  The pictures below are the same shot, from the same position.  The lower one was able to capture a condo and office tower when using the Olloclip’s wide-angle lens. 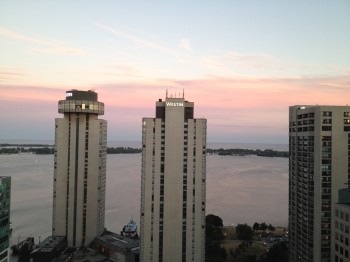 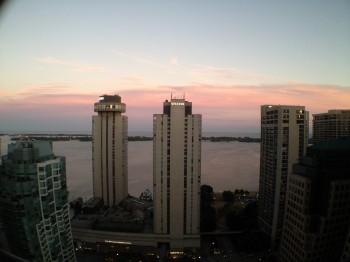 But I was extremely impressed by the macro-lens.  The focus was astonishingly sharp and photo subjects seemed very life-like under the lens, as you will be able to see in the detail of a diamond ring. 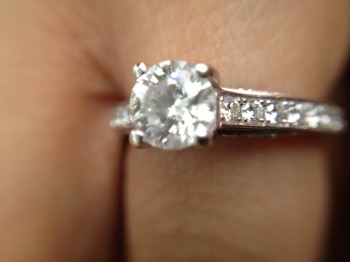 After a considerable amount of time, with this accessory, I have to say that I never leave home without it.  It is small enough to carry around in your pocket (or safely in your bag), yet still big enough for you to notice (i.e. less difficult to lose).

The quality is exceptional and you have no moving parts to worry about. It is easy of use (the only learning curve is learning how to take spectacular pictures) making this perfect for anyone wanting to get more creative with their picture-taking.

Anyone looking to easily enhance their iPhone photos should pick up this accessory.  While at $69 retail, it might seem a little steep, the Olloclip is so easy and convenient to use that if you are planning on a day (or night) jam-packed with iPhone photo action, you will never want to leave home without it.

If you’re serious about adding a new dimension to your iPhone photography, this accessory is one you must pickup.

The Olloclip has changed the way I view and take pictures on phones forever and projects like this are the reason why the Kickstarter project is meant to exist.

The Olloclip is available to order through the website, but also available at retailers like Blacks and The Apple Store.