Political activist Omar Abdulaziz arrived in Canada from Saudi Arabia in 2009 to study English at McGill University, and since then has drawn a sizeable on social media. Abdulaziz was granted political asylum and permanent Canadian residence when the Saudi Arabian government revoked his scholarship in 2013 because of his criticism of the Saudi regime. 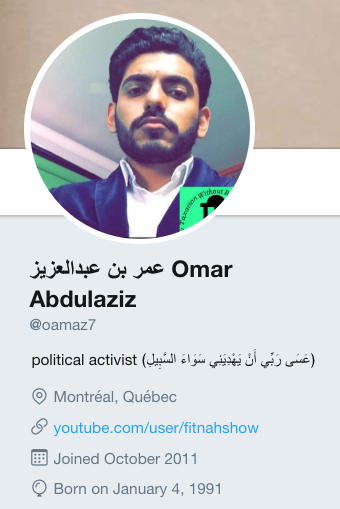 When Abdulaziz ordered a tub of protein powder from Amazon earlier this year in June and was waiting for it to arrive at his Quebec apartment, he received a text message from DHL with a link to a tracking number, stating his package was on its way.

Abdulaziz believes he clicked the link allowing spyware to infect his iPhone, which according to researchers at the University of Toronto’s Citizen Lab, was most likely sent by the government of Saudi Arabia. His two brothers, along with several of his friends, were also recently imprisoned by the Saudi Arabian government, reports CBC News:

He has been unable to speak to his mother in months. Like the spyware that infected his phone, he sees the arrests as an attempt to intimidate him — to silence his continued protests against the Saudi Arabian government and his recent criticism of the regime’s handling of a Canadian diplomatic feud.

Abdulaziz couldn’t help but speak out. But by then, his phone had already been infected with spyware, and he believes the government of Saudi Arabia used its view into the minutiae of his life to retaliate against him. “I had no secrets. I’m not hiding anything,” he said. “Because I’m [in Canada], I know that I’m protected. I’m not scared. So I would just keep doing what I’m doing.”

Researchers from the University of Toronto’s Citizen Lab discovered and analyzed the iPhone infection over the summer months, and detailed their findings in a report released Monday. 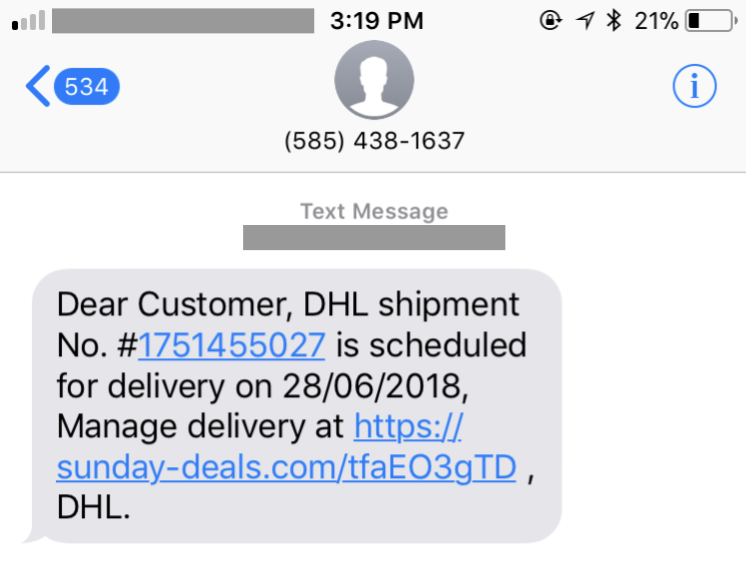 According to Citizen Lab, they believe “with high confidence that Abdulaziz’s phone was infected with NSO’s Pegasus spyware. We attribute this infection to a Pegasus operator linked to Saudi Arabia.”

The researchers traced spyware operators and discovered a cell phone in Quebec was being targeted by alleged Saudi spyware clients. The Citizen Lab researchers then flew to Montreal, ended up connecting with Abdulaziz and then examined his iPhone, which they found the incriminating spyware text message, which claimed to be DHL.

Abdulaziz believes anyone who has had contact with his iPhone, regardless of their political views, may be at risk from this spyware event, which he feels sorry for.

“It’s about how far they can go. What are they capable of doing?” he said. “So now, maybe they’re using just hacking stuff to get to my phone. Tomorrow maybe they’re going to harm me physically.”