A new app allows users to see what Edmonton looked like a century ago in various locations. 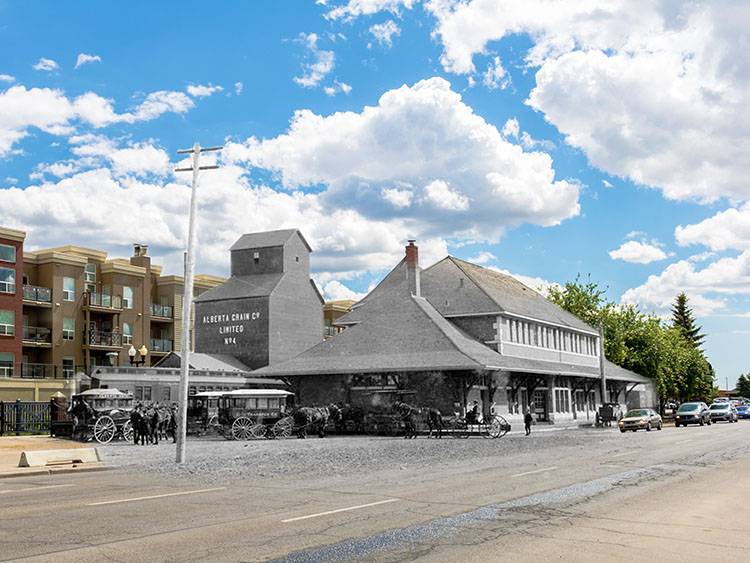 According to a new report from Global News, the app, called “On This Spot,” allows users to view the city’s changing landscape over the course of decades through before and after shot.

“This app provides a unique, visual journey into our past,” Robert Geldart, senior planner with the heritage planning unit at the City of Edmonton said. “It uses technology in a fun way to allow us to learn more about Edmonton’s history and see how much the city has changed.”

For example, the current City Centre mall that sits on a site that was once Edmonton’s old courthouse with a Greco-Roman exterior featuring triangular pediments help by pillars facing 100 Street and 102 Avenue.

The app features two walking tours, historic photos and a program that highlights historic areas to users wherever they are in the city. One of the tours takes users through Old Strathcona while the other focuses on the river valley and the influence of prominent builder John Walter.

“John Walter is just a fascinating figure — one of these really enterprising entrepreneurs who was able to help develop the community in so many different ways,” CEO Andrew Farris said. “And Strathcona especially is such an excellent place with such a rich built heritage, that it’s very well suited for the type of storytelling we do in our app.”

Besides Edmonton, the app features a number of cities across the country including Vancouver, Calgary, Ottawa and Toronto. When users open the app they have the option to pick what city they’re in, launching the various features of the app.