For social media addicts who use Facebook, Twitter and Instagram, you know how painful it is to keep track of notifications as you need to keep jumping between the apps. But a new app coming called One, aims to change the way how you will use all three.

One is the brainchild of 14-year old Ben Pasternak from Australia, whose Apple product unboxing videos you may have seen in the past. He tells us his app allows one timeline, inbox and notification panel for all three networks which will make life much easier, which he believes “could revolutionize social media.” One was created in a span of four months by the teen and his small team and is gearing up for launch soon.

The main feed shows your timeline from all three social networks as you can see below for Facebook, Twitter and Instagram. Tapping on an item will allow you to take action: 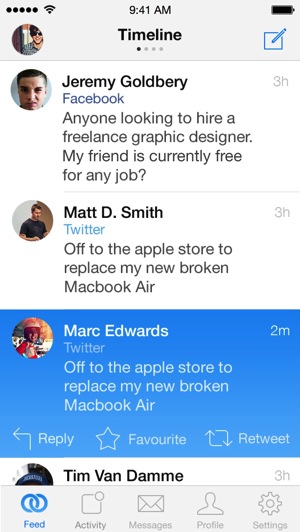 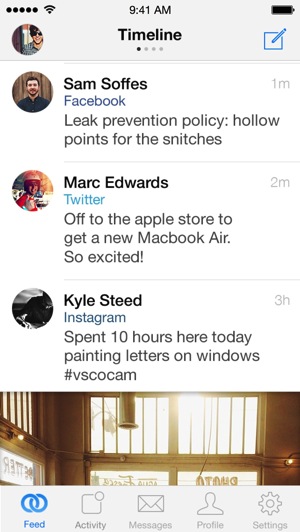 There’s an ‘Activity’ tab which will display the likes, comments, retweets, and favourites from your social networks, while the Messages tab below lists direct messages received from Facebook and Twitter (Instagram doesn’t allow an API for messages yet): 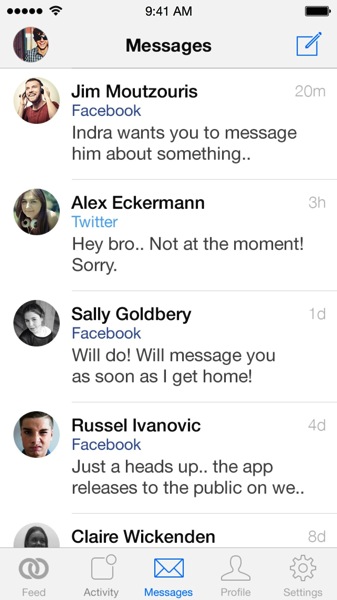 There’s also a Profile tab to show all your profiles from Twitter, Facebook and Instagram—which you can edit right on the spot: 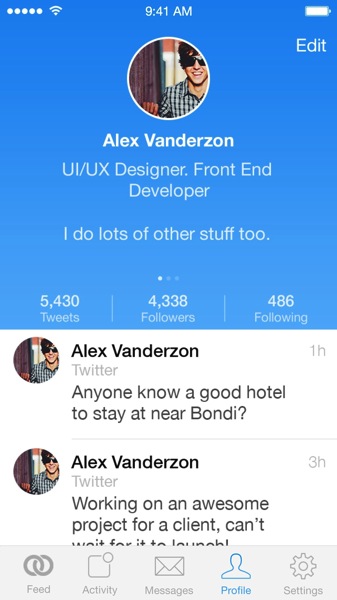 Check out the promo video below to get a taste of how the app’s design and interface—it looks pretty good:

One looks like a compelling app that will save us time from managing Facebook, Twitter and Instagram notifications. Pasternak tells us the app will be free and have no ads when it launches later this summer on iOS. You can get notified when the app releases by signing up here on the One website.

Will you be using One when it launches?